There’s a Cop Behind You… Don’t Do Anything Dumb 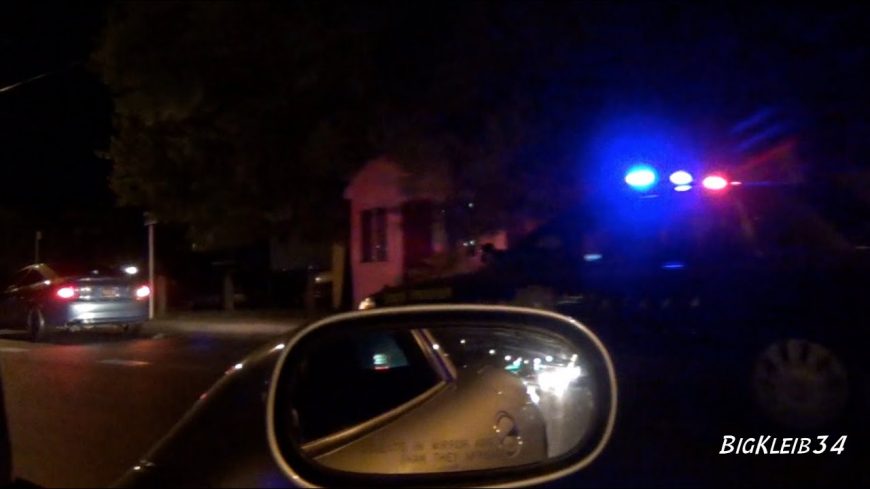 When it comes to showing off in our rides, sometimes, we just can’t help ourselves. We most certainly wouldn’t recommend trying anything outrageous. After all, while we do enjoy a nice powerful V8, there is a place of the time to do it. Sometimes, when just driving down the street, though, we can’t help but lay into the throttle just a little bit.

Let’s just say that it’s definitely a situation where we would want to pick our spots and be careful. While we don’t want to end up putting anybody else in danger, we also don’t want to end up doing anything questionable in front of a police officer. Moving violations can end up being pretty harsh on the good old wallet, after all.

For anyone who has ever been to Cruisin’ Weekend in Ocean City, Maryland, they know that the police are usually out in full force. As thousands of performance enthusiasts flood the streets, the law is really cracking down on the smallest of infractions. This means that they’re looking out for everything from tinted windows all the way down to tire condition. Therefore, if anything even close to questionable is being done in the city during this weekend, drivers are probably going to get pulled over.

This time, we dig into the BigKleib34 archives that shows off a pretty funny moment. As the camera starts rolling, we hear the man behind it call out to another driver. He tells the individual behind the wheel of a Pontiac GTO not to do anything dumb because there’s a police officer behind him. Not long after, the Pontiac driver rolls into the throttle very lightly. We almost immediately see red and blue lights light up and the Pontiac is pulled over. There is definitely a good laugh to be had now the situation is in hindsight.

« Water Bottles Left in the Truck or Car Can Start a Fire, Reports Say.