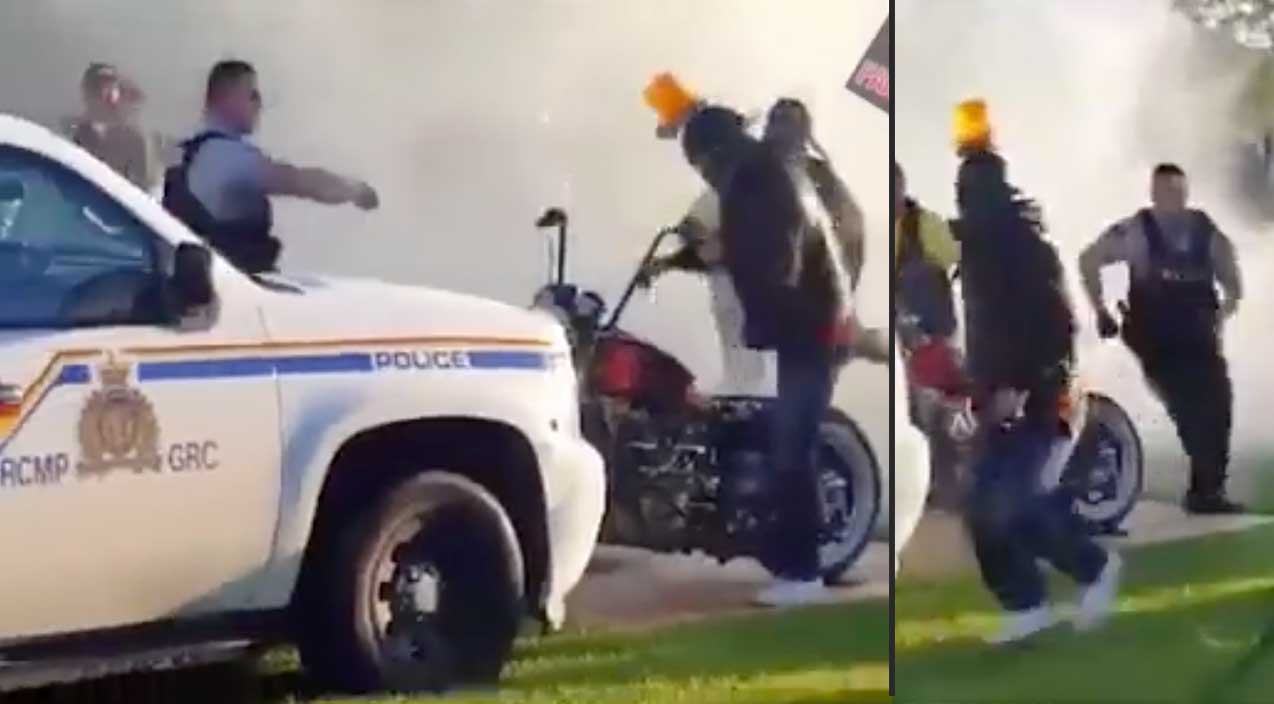 When we approach how people have interactions with the police, sometimes, they might be caught off guard. Perhaps for someone who is, say, speeding a little bit, maybe doing 10 mph over the speed limit and gets pulled over, that’s one thing. On the other hand, though, sometimes, there may seem to be folks who almost go out of their way to interact with the police. Whether it’s because of attention or some need for a major adrenaline rush, these people go above and beyond to do things that directly cause them to get into some pretty substantial trouble.

For the rider behind the handlebars of this motorcycle, it definitely falls straight into that category, that is, if it isn’t some sort of show which is also a possibility. Make no bones about it, this guy knew exactly what he was signing up for and probably had a good idea of the outcome but decided to let it rip anyway. One thing was for sure that the crowd that had gathered certainly fell in love with the sight of the driver who decided to rest his motorcycle’s front tire on a police cruiser while completely obliterating his back tire in a smoky burnout. However, it looked like the officer wasn’t as happy.

After the rider finished up with his burnout display, the officer hopped out of the vehicle to confront him. However, the rider didn’t want to stick around and decided to jump up in an attempt to run away. As it turns out, the display didn’t get very far as he was tackled a couple of feet behind the police cruiser. Whether this one was all set up or not, we have to admit that we certainly got a kick out of that tackle that an NFL linebacker would probably be proud of.

Lol what was he thinking? #loadall