Cop Charges Through Crowd, Plowing Over Pedestrians, While Trying to Break up Street Race

Cop Charges Through Crowd, Plowing Over Pedestrians, While Trying to Break up Street Race

The controversy is stirring over a video that has surfaced from Tacoma, Washington. ...

The controversy is stirring over a video that has surfaced from Tacoma, Washington. Posted by Reuters, were told that the particular situation in this video showcases what happened when police showed up to a street race. Apparently, even with the police presence, bystanders weren’t convinced that it was time to leave. Instead, it appears as if these bystanders decided to surround a police car and bang on the windows and doors.

What is a police officer to do when a crowd of people surrounds their cruiser and starts to bang on it?

In a twist of events, what happens next is probably something that nobody on the scene expected. From what we can tell, it looks like the police car would accelerate through the crowd, blasting through several bystanders. Spectators to the incident stirred, trying to figure out what it was that they had just witnessed.

The officer behind the wheel has been placed on a paid leave. One of the people standing in front of the police car said that he’s “Forever scarred.”

The Tacoma police said in a statement “During the operation, a responding Tacoma police vehicle was surrounded by the crowd. People hit the body of the police vehicle and its windows as the officer were stopped in the street. The officer, fearing for his safety, tried to back up, but was unable to do so because of the crowd. The officer had his lights and sirens activated. While trying to extricate himself from an unsafe position, the officer drove forward striking one individual and may have impacted others. The officer stopped at a point of safety and called for medical aid. One person was transported to an area hospital. That person’s condition is, at this time, unknown.”

Below, the footage has been posted by Reuters courtesy of Cory Le.

233mph, Madman Hangs on, Rips Quickest/Fastest Street Bike EVER Down the Quarter Mile 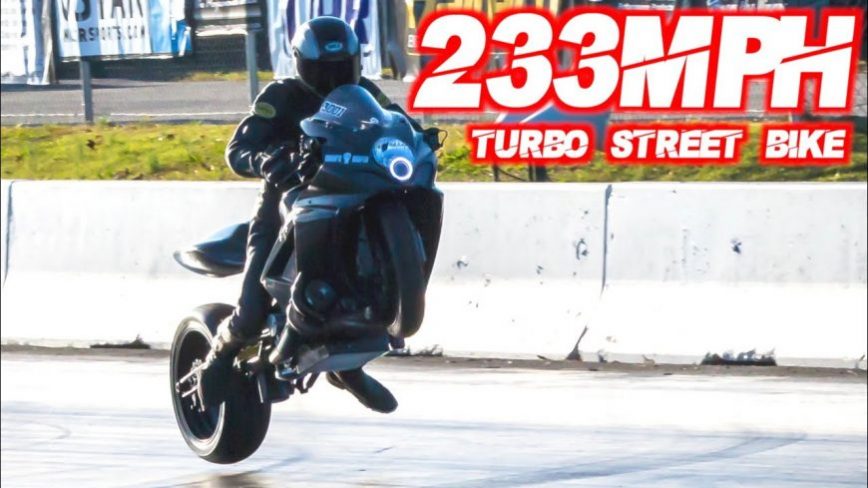