Cop Gets Fired for Pulling Over His Own Daughter, and Her Boyfriend

Cop Gets Fired for Pulling Over His Own Daughter, and Her Boyfriend

I feel like this video was presented in a way that only tells one side of the story, ...

I feel like this video was presented in a way that only tells one side of the story, but it’s not my job to take sides in this incident, so I’m just going to present the facts in a neutral way and let you guys discuss how this should have been handled and how it should be handled moving forward.

Being born and raised in Alabama, anybody from the southeast, and beyond, I’m certain, can tell you that Dads will go above and beyond to scare the hell out of their daughters’ boyfriends. It’s a cliche and even often a punchline, but it is hardly uncommon for teenage guys to walk into their girlfriend’s home to find her dad sitting at the kitchen table with an assortment of firearms spread out before him.

While many dads will feign cleaning his guns as an excuse, the real point is to let this young man know there will be no tolerance for misconduct. In the video below, a dad takes this notion of sending a message to a different level.

This Ohio police officer actually stopped the car driven by his daughter’s boyfriend and detained both her and her boyfriend in his squad car. The video isn’t shown from beginning to end, though, so we really don’t get to see how the events played out in chronological order.

The police department claims the officer acted without cause, which has always been a bit of a gray area in the opinions of many, because there’s no clearly defined criteria for determining just cause for a traffic stop, at least not that I have ever been able to find.

The officer detains the boyfriend, but apparently allowed him to return to his car and leave. However, the daughter is taken by the dad in his patrol car against her will, though again the footage is chopped into short clips and hard to really determine if the officer’s actions were justified.

The officer has been fired and is appealing his dismissal. What do you guys think? Was this just an over-the-top scare tactic, or was the officer out of line?

OFFICER FIRED: A police officer in Lorain, Ohio, is out of the job after police video surfaced showing him pull over his daughter and her boyfriend, telling the young man he is going to jail and that he will make up a charge against him. Erielle Reshef reports. https://abcn.ws/2FLyzTu

YouTuber Confused As Cops Keep On Pulling Him Over for Nothing... AGAIN 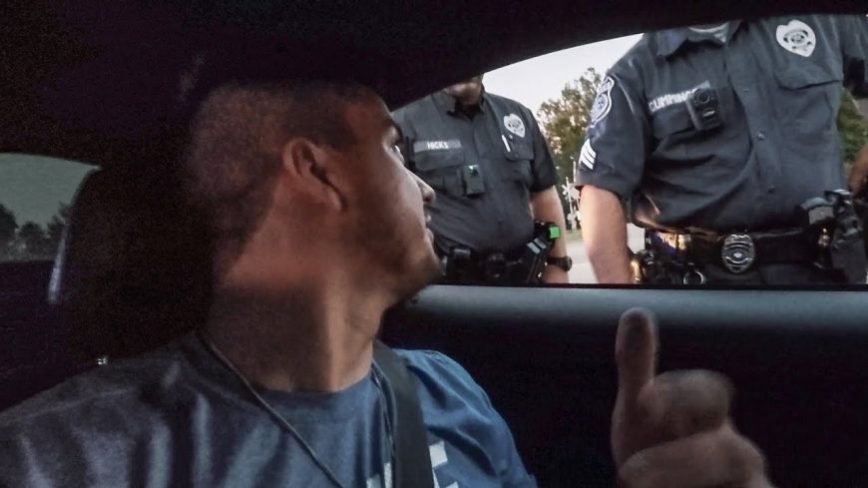