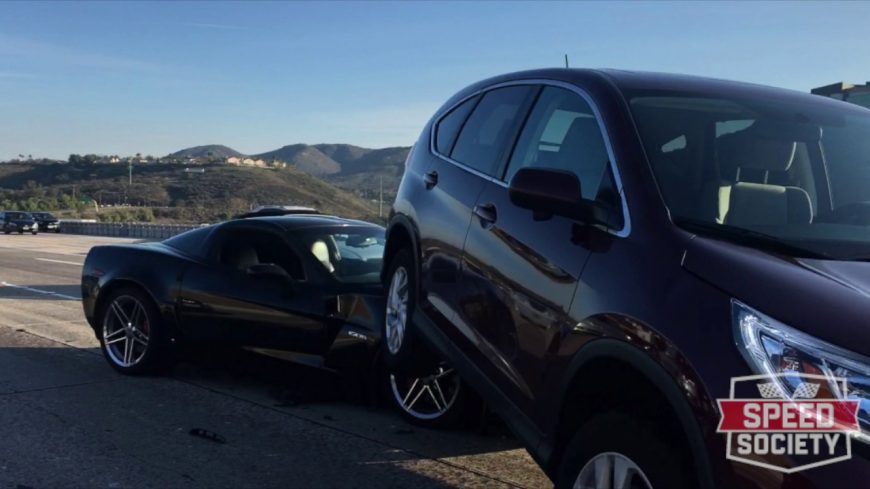 Driving is a privilege, not a right and when it comes to some of the situations that we’ve seen around the highways, we’re surprised that some people manage to keep that privilege around without losing it. This situation is the perfect example of something that just doesn’t seem right.

The driver of the Chevrolet Corvette pictured here was rolling around on the freeway, when both his day and the day of the minivan driver that he rear-ended would end a lot differently than both of them probably expected as the car wedged its way up under the rear of the van, picking it up into the air and definitely doing some damage.

This driver had to be either incredibly distracted or going way too fast for his driving ability because this isn’t something that you see every day. In either situation, a lesson was probably learned here the hard way and hopefully, it’ll be applied to his driving habits in the future.

Check out the video below that shows off the aftermath of the incident that had these two cars coming together in a way that neither driver wanted. The rest of the drivers being held up in traffic probably didn’t want to go down this way, either!