Corvette Driver Won’t Let Diesel Truck Get Over, Lives to Regret It 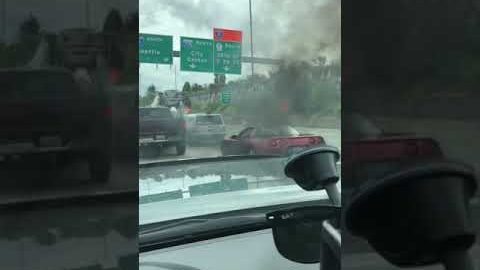 If you take a look at the things that are happening on our roadways every day, it’s kind of crazy to see what exactly somebody will do in order to get their point across and try to get even with another driver. Heaven forbid that someone manages to get in front of you in line, after all.

As it turns out, when road rage is a factor, not everybody is going to be a grown up and mature about how they handle certain situations. Therefore, you can definitely see tempers flare and people act in pretty crazy ways, to say the least when it comes to trying to get the best of somebody else in a situation where there honestly is pretty much never a winner.

This time, we check in with yet another fit of rage on the highway as it appears that a couple of people decided they wanted to go back-and-forth. Fortunately, it didn’t end in violence but there was a pretty big show of disrespect as the owner of a Chevrolet Corvette and a big old diesel-powered Dodge Ram ended up getting pretty intense with one another. As it would turn out, the owner of the Corvette appears to not be willing to let the guy driving the diesel truck into his lane and therefore, the diesel truck owner retaliates as only a diesel truck owner could, spewing black smoke all over the Corvette and straight into the driver’s window.

If you follow along with the video below, you’ll see the back-and-forth as it unfolds on the highway and someone behind the whole ordeal films it. It’s almost as if we took the time to maybe alternate and let one another get in line every once in a while, we wouldn’t even have situations like this in the first place.

Who do we think is right in a situation like this? Neither of them!