Corvette Owner Tries to LAUNCH While Hooked up to Tow Truck 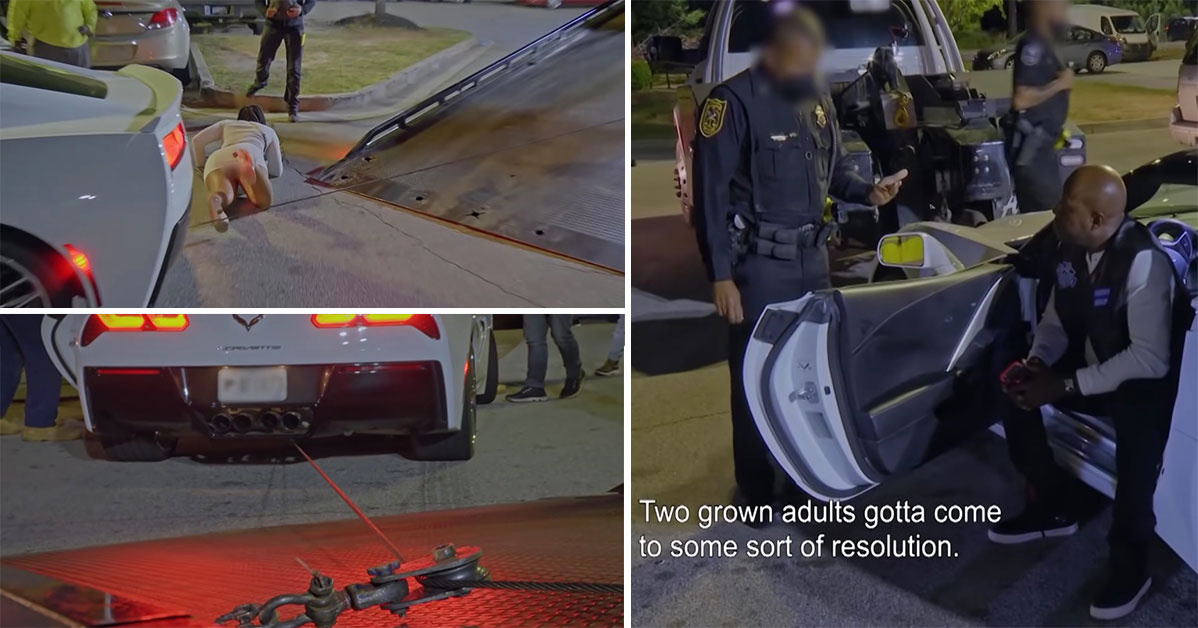 I’m not sure that I could point to any individual who owns a vehicle and said that they would be happy if they had walked out of a bar and found the vehicle on the back of a tow truck. However, this happens pretty much every day.

This time, the confrontation just so happens to come from the owner of a Chevrolet Corvette. Apparently, the tow truck company in question is responsible for patrolling the parking lot outside of a popular nightlife spot. When vehicles are parked where they aren’t supposed to be parked they are loaded up and taken away.

When this Corvette fell into that category, it would be hooked up and ready to roll on the back of a tow truck. However, when the owner spotted what was going on he wasn’t too happy about it. Not only that but instead of channeling his unhappiness by learning from the situation and simply paying for his mistake, he decided to make a scene.

Down in the video below, we check in with A&E show, Hustle & Tow, as this Corvette owner takes things to a new level with the aim of getting his car back. At the end of the day, we’re sure that the giant crowd with their phones out trying to record things didn’t really help matters, either. Luckily, though, when push came to shove, everybody was able to get on the same page and leave before things escalated too far.

« These Instant Karma Police Moments Are Almost Too Good to be True!