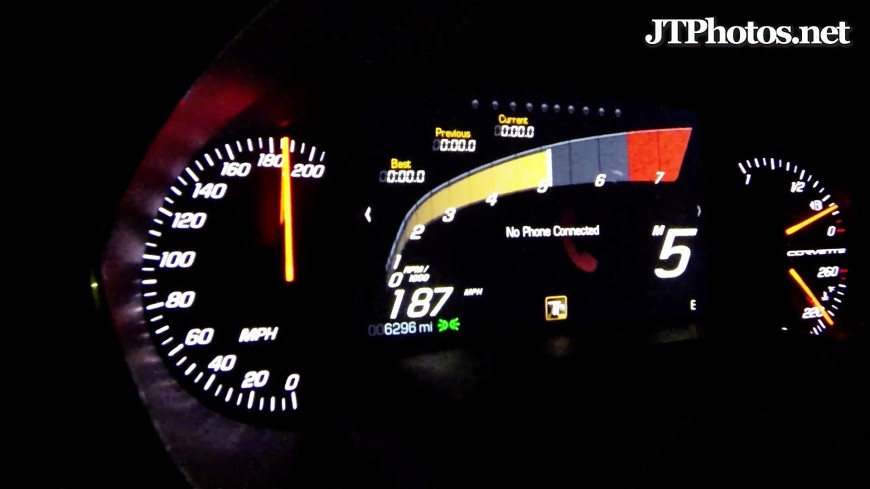 The Chevrolet C7 Corvette has only been out for a smidge under a year and already folks are both pushing the factory limits and tweaking the platform to their own desires. We can only imagine the insanity of the videos that will come out once the C7 Z06 is released. For now, though, we still have some pretty kick ass c7 coupe videos to tide us over.

In this video, the driver of the C7 Vette who we’ll just go ahead and assume is on a track reaches a monumental 187mph not once, but twice! The top speed is the star of this video, but we may be inclined to say that we’re more impressed by that fact that the driver maintains an average speed probably around 140 for nearly the entirety of the 6 minute clip.

From what we’ve learned in years past, the base model C6s are capable of 186 with the LS2 configuration and 193 with the LS3. This leads us to think that the c7 probably has a bit more in the tank or may be governed due to legal and environmental obligations. Either way, that takes nothing away from this entirely impressive top speed run. This video is definitely a must see!