Throwing down in the streets most certainly isn’t something that’s for ...

Throwing down in the streets most certainly isn’t something that’s for the faint of heart. Cars like these lurk in the shadows, looking for just the right time to pop out and lay into the throttle, sending the machines blistering down the highway as they go head-to-head in a battle of wills that stretches out all kinds of builds as different gear heads put their rides up against one another to see once and for all who is truly faster.

This time, we check out some three wide action that puts a group of impressive cars head to head… to head in order to see which one of these machines has the mustard to lay down and make the opposition see some tail lights.

In this one, we check out a pair of Chevrolet Corvettes of different generations, a C6 ZR1 that’s capable of making over 1,000 hp once the bottles are opened up, but this time it’s on boost alone, and a C5 that’s sporting quite the snail under the hood. In the next lane over, we also check out a Dodge Viper with a pair of turbos under the hood – a car that the driver says still has a few things to work out, but he’s ready to lay into the throttle and give it a whirl anyway and we’re surely glad that these competitors headed out because the result is a ton of fun to watch!

Check out the BigKleib34 video down below that puts us in the best seat in the house to watch the action unfold in a way that we can’t help but have our eyes glued to. This kind of action is the kind that you could really just watch over and over again because cars on this level really don’t come around every day!

Nissan GTR Owner Does The Unthinkable Before the Race Even Starts 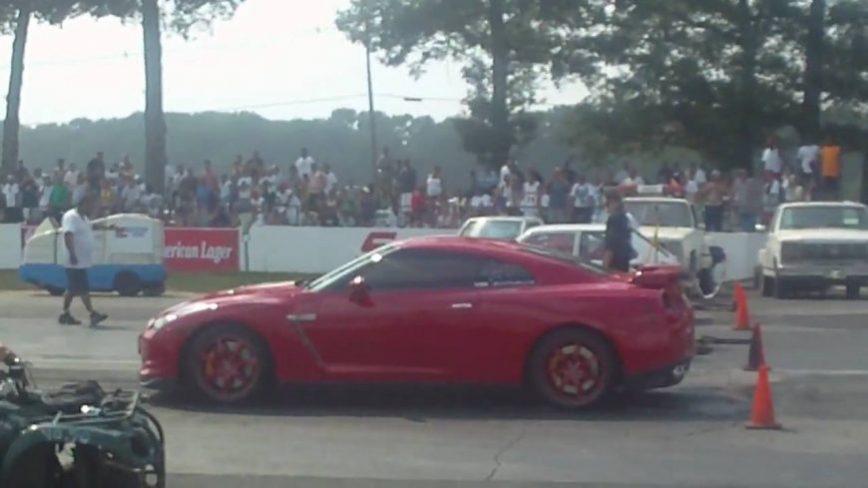