Corvettes Crash After Another Driver Calls It!

Corvettes Crash After Another Driver Calls It!

There are a lot of videos floating around the web and among those, it could be ...

There are a lot of videos floating around the web and among those, it could be difficult to chisel out your niche as one of the most memorable to a whole community. However, while it might not be for the best of things, this clip might just be one of the most recognizable videos of the Chevrolet Corvette that the internet has ever seen! With over 13-million views, this thing has gone super viral and just about anyone who is a part of the car community will want to relive the moment.

The driver of this truck found himself behind a pair of Vettes on the way to grab his Thanksgiving turkey and just before they took off, he pretty much called that they would be doing something stupid! Moments later, his thoughts would materialize in front of his face as the cars took off and one lost control, crashing into the other before both would veer off of the road. Things get even worse as you watch the video and consider the fact that this area is littered with people who could have been walking nearby when the incident happened.

Roy Wayne Bowden and Brian Andrew Herbert were charged with Racing On Highway Causing Bodily Injury, with bond recommendation set at $30,000 for each.

As this was about seven years ago now, we’re sure that this event is long behind all of those who were involved that day. This just goes to show you how quickly something can escalate if you don’t have a good level of awareness as to what’s going on around you. Hopefully, these guys were able to take away a valuable lesson on that day and move on to make some better choices while behind the wheel and are able to enjoy a more peaceful Thanksgiving this year. 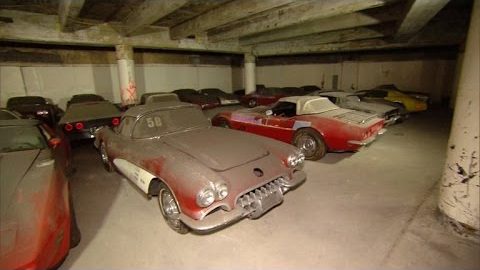