How Good Could a $900 Pickup Truck Really Be? 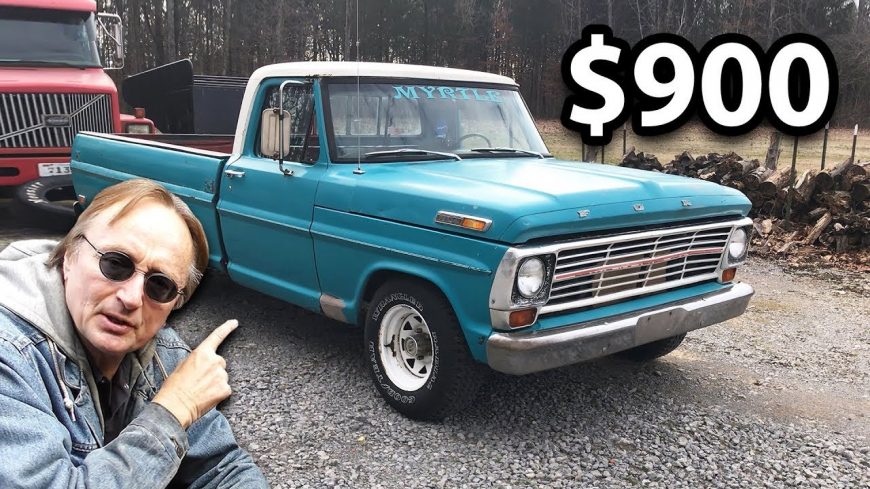 It seems like, almost no matter who you ask, everybody is trying to save a little bit of money where they can. Sure, we might have some areas where we are more willing to spend than others. However, purchasing something for a cheap price that can last a long time could be incredibly gratifying. For example, if we can find a cheap old truck, even if it was a project, maybe it would be time to add something new to the garage. There’s a fine line to be drawn between potential and a flaming pile of junk, though.

Sometimes, it can be difficult to tell what’s good and what’s not. After all, on the opposite end of attempting to save money is someone trying to make money. With cheaper vehicles, sometimes, the deal might seem too good to be true. Perhaps this is because the seller has gone above and beyond to try to cover something up. There are definitely areas out there where vehicles can be had for a bargain, though. However, other times, something that we originally thought was a bargain might end up not really being worth the money. We’ve all had that money pit that just likes to swallow up cash.

Over on the Scotty Kilmer YouTube channel, apparently, he has introduced a segment that allows viewers to send in some of their rides. In this particular episode, we see what a $900 Ford pickup truck looks like. This old school ride was picked up for under a thousand dollars is in pretty decent shape. These days, it’s honestly pretty tough to find anything that’s running and reliable for under a grand. All things considered, from where we’re sitting, it looks like this new truck owner got himself a pretty good deal!

After checking out this one, do you agree?

« Most Insane Truck And Car Jumps To Date All In One Video!