Could Having Your Legs On The Dash in a Collision Kill You?

Could Having Your Legs On The Dash in a Collision Kill You?

Just as a little bit of a PSA before we really dig into this thing, as car ...

Just as a little bit of a PSA before we really dig into this thing, as car enthusiasts, if you put your feet on our dashboards, there’s a good chance that you might not make it out of the vehicle in one piece even if there isn’t a situation where no collision is involved. Just a little food for thought!

However, if you do happen to be in vehicle where the owner is alright with you putting your feet on their dashboard, you still might want to think twice about relaxing in this manner because, after watching a demonstration like this, we get the feeling that you’ll never want to put your feet on a dash ever again.

We’ve all probably heard something about the idea that kicking up your feet on the dash could be incredibly dangerous, however, for many of us, we may consider that information to be some sort of wise tale. So, when you actually do something like this, is the idea that you’re going to get injured or killed in a crash more of a story or is it something that actually has evidence to back it up? After all, there are thousands upon thousands of stories perpetuated when it comes to the automotive industry. It’s almost at the point where you don’t know what to believe and what not to believe.

This time, though, if you follow the video below, you’ll be able to get the lowdown on what exactly is happening during an accident when you do put your feet on the dashboard. Long story short is that what you’ve been told is probably at least partly true.

We will let you see the evidence yourself because this is something that is definitely more impactful if it’s seen rather than told about, however, we get the feeling that you won’t be kicking your feet up on the dash anytime soon after you feast your eyes on this one, that is, if you have any sense.

Could sitting with your legs on or against the dashboard in a car collision KILL YOU? The MythBusters have an answer.

Posted by Discovery on Saturday, January 6, 2018 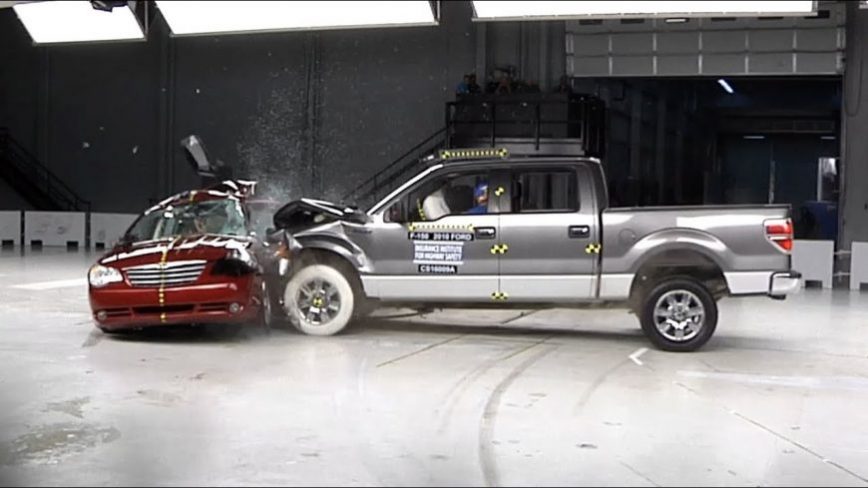