Could This 100 MPH Machine From 1913 be the World’s First Supercar? 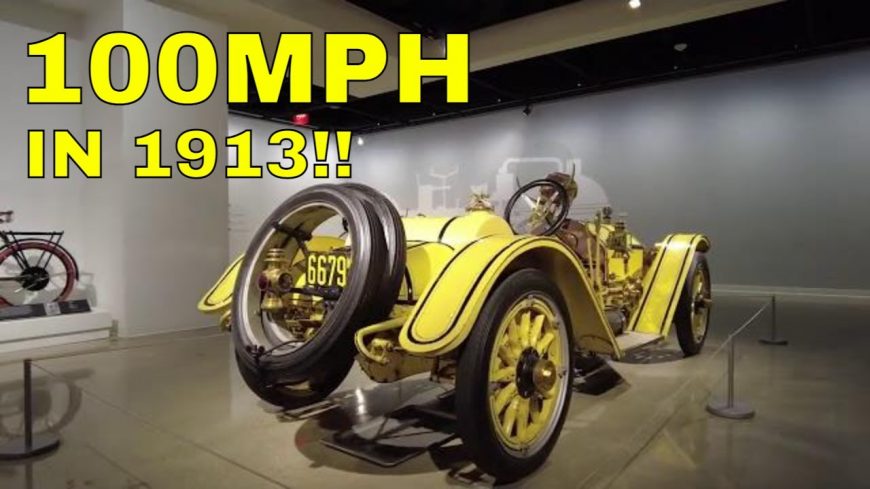 These days, 100 mph really doesn’t seem that fast. In fact, pretty much every production car that sees the streets these days is capable of going 100 mph. Sometimes, such speeds might even sneak up on somebody on accident during a cruise down the highway. However, it wasn’t always that way. Instead, vehicles of the past were much less safe and stable, meaning that if you were cruising at 100 mph, you most certainly were very well aware of it and it probably required a little bit of safety equipment as well.

Just how long ago was it, though, that people were pushing the top speed of automobiles as we know them?

As it turns out, one example that is believed to be one of the first supercars dates all the way back to the year 1913. The1913 Mercer Type 35-J doesn’t look very much like supercars as we know them today. It doesn’t have the same aggressive angles and angry façade presented by some of the fastest cars on the automotive market. However, for its time, the model was incredibly cool.

These days, such an example is pretty sought after due not only to the historic nature of the creation. There were also very few examples of these things ever made which has collectors wanting to get their hands on them as well. We aren’t quite sure that someone would want to cruise at 100 mph in one of these things today. However, the Type 35-J would still make a pretty cool addition to just about any collection.

Simply hearing about some of the capabilities of this thing for its time kind of have us wondering what it was like back then to see something like this in action. By following along with the video below, we get the full story that spells out exactly what makes models so exciting.