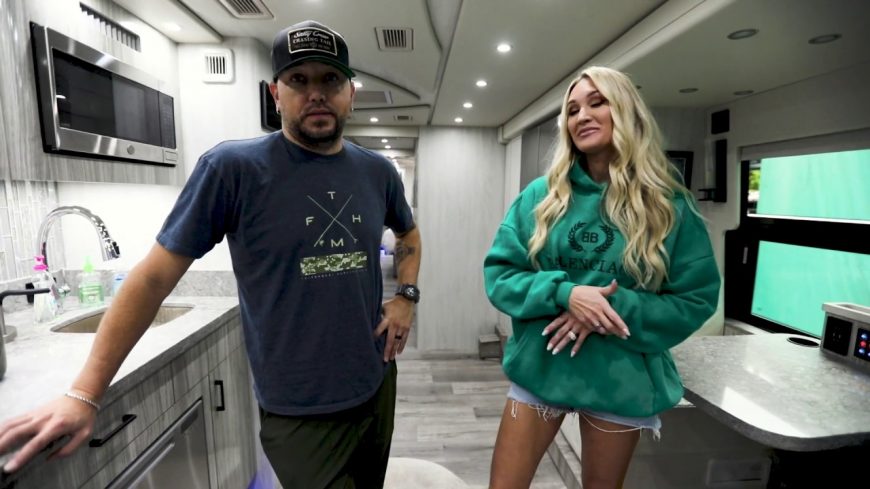 When watching professionals perform every weekend, fans might not consider some of the behind-the-scenes effort invested. Sure, it’s not too hard to realize that an athlete or musician has to be ready to go all the time. However, what might be less thought of is the grind that it takes to keep up their schedules. For example, performers aren’t always flying home every weekend and spending their days sitting around between events.

Instead, many of those who take their craft seriously are preparing for upcoming events and traveling. This means that sometimes, musicians like Jason Aldean might not make it home for stretches of weeks or months at a time. Now, obviously, this is going to depend on the individual. However, we would argue that for most big musicians on tour, they spend a substantial amount of time in a motorcoach.

So, for somebody who is living in a mobile vehicle for months at a time, what does it look like? Surely, musicians are going to want to have some amenities to make life on the road just a little bit easier. At the end of the day, a tour schedule is an absolute grind. When Aldean does finally have time to kick back for a moment, he’s probably going to want a well-manicured space.

This time, we take the opportunity to go behind-the-scenes with one of country music’s biggest names. In this particular video, we get to see the rundown of how he prefers to spend his time off of the track. Aldean and his wife really get into detail about some of the smaller decisions that help make this RV feel more like home.

It’s kind of hard to understand how to approach a situation like this for someone who has never done it. Therefore, the husband and wife duo takes the liberty of giving us a couple of details that we might not have even thought of. When watching something like this, it gives us an all-new appreciation for the hustle that these performers take part in.