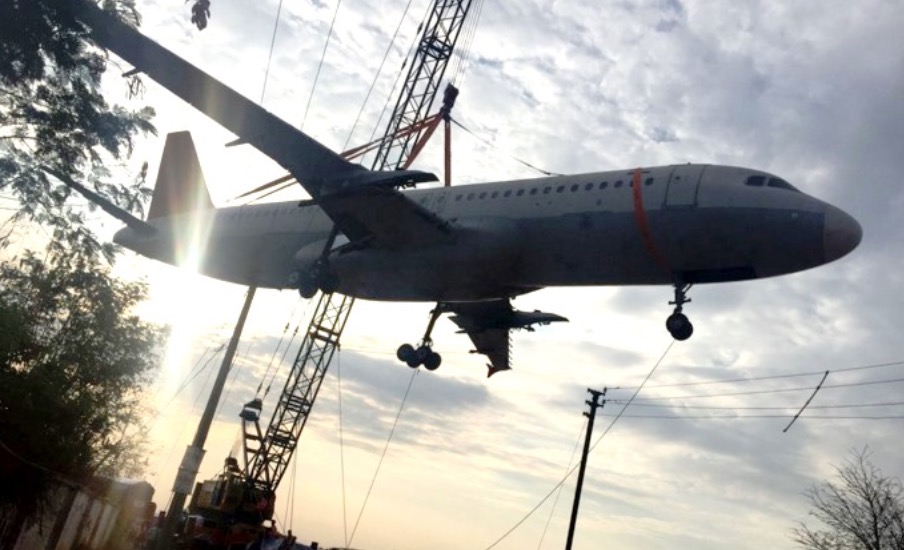 I went most of my life thinking cranes were pretty much indestructible. Between their massive steel construction and they assumption that everybody operating one of them was a highly trained professional, it seemed almost impossible to me that anything ever went wrong with them. Then I started to work here at Speed Society and noticed there are actually an alarming number of crane fail videos, many of which we think are intense enough to share with you guys.

Moving an airplane doesn’t seem at all like a job for a crane in my opinion. My first thought would have been to just tow it, but I’m assuming there was an issue with the landing gear that prevented that as an option. My second though would have been to use one of the massive “road train” type rigs that, ironically enough, is used at the end of this video, after the plane has been dropped.

These folks just had more confidence in their crane and it’s operator though, so they decided that was the way to go. These folks were wrong, and it ended up causing one heck of an intense scene when that fact became alarmingly clear.

As the massive plane – a retired Airbus A320 – was being wheeled to a training facility near the airport, the boom arm of the crane simply gives out, buckling near the bottom and sending the plane plummeting to earth. It happened very quickly and caught everybody off guard, but luckily nobody was injured in the incident. The plane was obviously heavily damaged, but seemed to be intact and possibly still viable for whatever use the training facility had in mind. The crane itself likely required a new boom arm, and possibly other repairs, if it wasn’t totaled in the incident.

It’s hard to say without more information and better angles if this falls on the equipment or the operator, but I’m willing to bet, truth be told, it’s a little of both.