Look Out For That Gate! Dirt Bike Rider Flying Up A Trail Meets A Sudden Stop 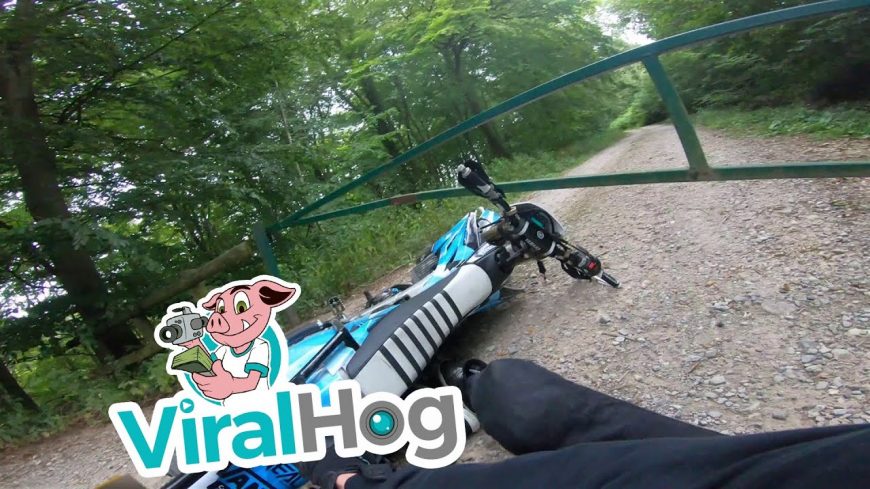 Most who ride on two wheels will relay the idea that it’s a liberating experience. Being on the open road or on a trail with nothing but a bike could be a way to just get away from it all. It appears as if that’s exactly what this dirt bike rider was up to. As he made his way through some quiet trails, eventually, he would be greeted with a surprise. This wasn’t necessarily the most welcome of surprises, either.

As the rider made his way down the trail, eventually, he would be greeted by a closed gate. Now, we know what you’re probably thinking. Why didn’t he just stop?

As we can see in the video, that might not necessarily have been an option. Even from the camera angle, as we watch it back, fully expecting the gate, it’s kind of hard to pick up on. Maybe green paint wasn’t the best color in selection for a gate in the woods.

We watched this one several times and could definitely see how it might be easy to end up in this predicament. Unfortunately for the rider, it looks like he ran into the locked gate at full speed. Braking at the last second did little to save the rider from what looked like a pretty painful experience.

Unfortunately, the motorcycle probably did sustain a good amount of damage. However, the man behind the handlebars doesn’t sound like he was too entirely beat up physically. This one certainly could’ve ended with some broken bones. We would think that this rider is probably considering himself to have lucked out right about now, given the situation.

The rider did say that he sustained nothing more than a couple of bruises. That’s not too bad considering that he says he was probably moving about 40 mph when colliding with the gate.