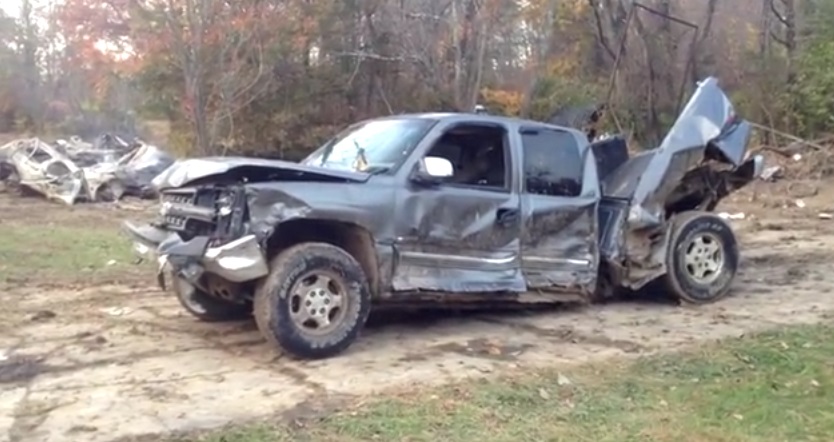 By taking one look at this old Chevy, you’d probably assume that it was beyond done as the truck appears to have been rolled over several times and had all of the decency beaten out of it. “End of the road” would be understating how bad this thing looks.

However, even though the truck doesn’t really appear to be worthy of doing, well, anything, it looks like the driver is able to hop right behind the steering wheel, put it in drive, and roll right on forward like nothing ever happened. If that doesn’t say a little bit of something about the build quality behind this machine, I’m not really sure what does.

Check out the video below that shows off this Chevrolet Silverado that is beaten almost beyond recognition but somehow manages to keep on trucking forward. Be sure to tell us what you think of this machine as it makes a believer out of even the biggest of Chevy haters!