It seems as if these days, the world is moving more quickly toward more easily ...

It seems as if these days, the world is moving more quickly toward more easily renewable sources of energy. Most prominently, obviously, the electric car revolution is upon us as they move from obscurity to the mainstream. This time, though, we check out a little experiment that brings the whole concept of renewable energy to our own backyard quite literally.

Thanks to the creative mind of everyone’s favorite mad creator, Colin Furze, we are able to check out a lawnmower like never before. Traditionally, everybody knows that you fill up your mower with gas and cut away. However, it appears as if maybe Furze was sick and tired of the trips to the gas station. Instead, he decided to create a mower that could be powered by materials found in just about everybody’s backyard.

The whole idea here is that wood can essentially be turned into a form of fuel if set on fire. Theoretically, everything burning is transforming one kind of energy into a different kind of energy. The ability to efficiently harness that energy is basically the equation that every sort of energy producer is trying to figure out.

By following along with the video below, we check out one of the craziest lawnmower transformations I think that we’ve ever seen. That’s really saying something because we have seen the likes of a V8 engine strapped to a riding mower.

Obviously, this isn’t going to be a practical everyday product that someone could use. However, being able to see the concepts come to life is actually pretty interesting. It might even serve to spark an idea that could kick off something that is incredibly practical for everyday use. Will we ever see a day where even our lawnmowers aren’t using gasoline any longer? Maybe Furze is on to something here. 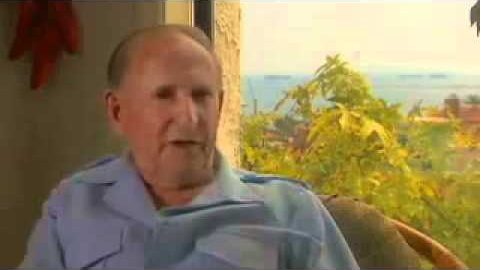