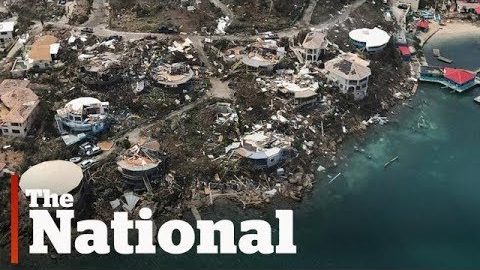 It seems like recently, Mother Nature has decided recently that she’s not too happy and is opening up the hurricane gates, first unleashing Harvey on Houston and, shortly after, as Houston is still very much getting the recovery effort started, Irma is the first of multiple hurricanes that is slated to devastate Florida. When it comes down to situations like these that cause true devastation, it really seems like the community is ready to come together, fortunately, and help out the people who were hit the hardest by the situation. Everyone from individuals to major companies are pitching in to try and help.

This time, we learn, in a report from the Miami Herald, that the cruise line industry is the latest to offer their resources and services to those in need, using cruise ships to send out not only personnel and transportation but also resources like food and water to those who need it. So far, it’s been reported that both Royal Carribean and Norwegian Cruise Lines are getting in on the effort, even offering as much as transporting stranded tourists to a function airport in San Juan, Puerto Rico where people will be able to fly back home.

It’s said that estimates are projected at somewhere near 1500 to 3000 tourists will be aided in the situation. It’s important to commend this effort as this could go a long way toward helping people take that first step to getting back to the place that they need to be. The recovery has just started but thanks to these companies, it’s definitely being steered in the right direction. We’ve only began to see the wake of this insane storm but if everyone bands together like this when all is said and done, the recovery is definitely going to gain a lot more momentum early on!