Crushing An Over Inflated Tire with a Hydraulic Press

Crushing An Over Inflated Tire with a Hydraulic Press

While the viralness of crushing stuff with a hydraulic press has faded, new videos ...

While the viralness of crushing stuff with a hydraulic press has faded, new videos are still out there and they’re still a lot of fun to watch. We especially love this guy’s videos because of his awesome Russian accent, which makes the videos much more entertaining.

Today, he has four items to squash, each of them being some type of wheel. The first item up to be pressed into oblivion, an overinflated lawnmower tire. The tire has roughly double the amount of pressure it’s supposed to, to help make the explosion louder and more fun, and it seems to work exactly as planned! The tire holds up longer than I thought it would have, only exploding after the press had begun to press the wheel itself into a strange metal taco shape. When the tire did rupture, it sounded like a gunshot, and looks pretty crazy in slow-motion!

Up next, a caster wheel with a metal bracket gets smashed, and it’s actually pretty cool to watch, as the bracket sort of peels down like a metal skin as the press applies tons of pressure. When the press gets the wheel itself mashed against the table, it squeezes it out of the sides like toothpaste.

After the caster, our host props a rollerblade wheel in the press. The hardened rubber of the wheel makes it hard to keep it inside the press. After popping out twice, our Russian press operator decides to just lay it down and press it on it’s side, with some pretty crazy results. Like most anything that’s made of plastic or rubber, the wheel is almost immediately squished out, creating what looks like a weird flower of some kind.

Finally, since he has a pair of rollerblades on hand, our guy decides to smash a whole skate. Surprisingly, this is the least exciting item to watch being pressed, as it just sort of crumbles under the crushing pressure. Still, the whole video is great fun. Don’t forget to watch until the end for the bonus footage, it’s kind of creepy in a very cool way! 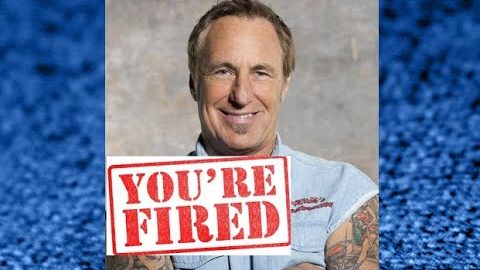