Cummins Powered Charger Hits the Dyno Rollers to Prove its Worth 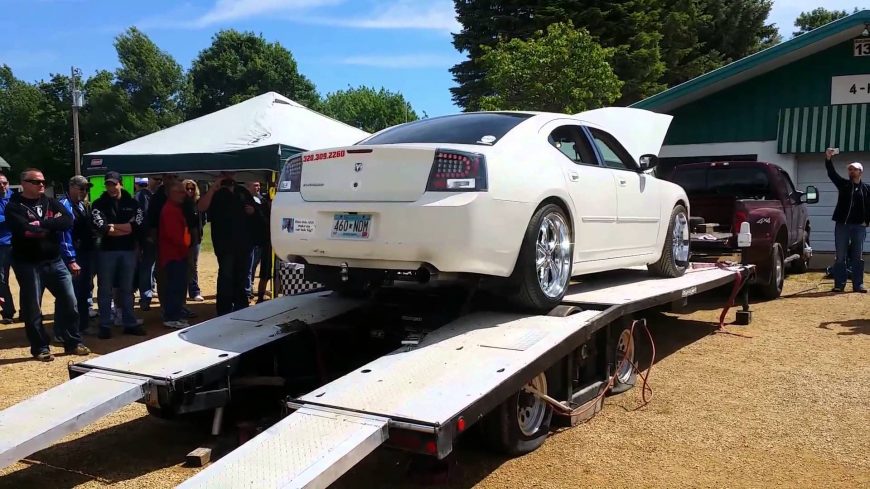 Across the landscape of automobiles, there are all sorts of different strokes for different folks. No matter if your forte is looking good, rolling fast, our even something like being as useful as possible for something like pulling a heavy load, there is a combination out there somewhere that will fit your needs. Sometimes, these combinations come in as being pretty oddball and off-the-wall but in a situation like this, you can’t really help but think that this oddball setup is anything but awesome to take a look at.

In this one, we show off the likes of a retired police car, a Dodge Charger to be a little bit more exact. However, instead of whatever combination was residing under the hood of this thing while it was on duty, the person who ended up with this retired cop cruiser in their hands ended up taking the engine out and replacing it with none other than a diesel power plant. The result is a Cummins powered ex-police cruiser that is too cool! I’m sure that the combination of the car rolling by with the particular exhaust note that it exhibits is probably good enough to turn more than its fair share of heads.

If you follow along down in the video below, you’ll be able to see this unique combination as it really shows what it’s got on the dyno rollers, tallying up how much power and torque a Dodge Charger can really be capable of with such a heart transplant going on under the hood. Sure, it might not be the first swap that somebody would think of with a car like this but now that you’ve seen it, you can’t help but fall in love with such a combination and wonder what else is out there that has that same mystique of being the oddball that everybody loves.