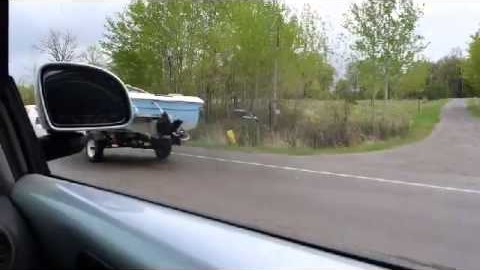 If we were to tell everyone to write down a list of the top five vehicles that you’d expect to find a Cummins diesel engine under the hood of, we would venture to think that the Dodge Charger would be quite absent from everybody’s list.

Because of this unexpectedness of the swap, we’re loving every second of it. We would have never thought in a million years that we would see a late mode Charger rolling coal like a full out diesel pickup truck!

Check out the video below as this coal rolling animal pulls a small boat with ease. This makes the mind wonder what they will think of next.

Watch as this AMG kills a Nissan 350z while PULLING A TRAILER!