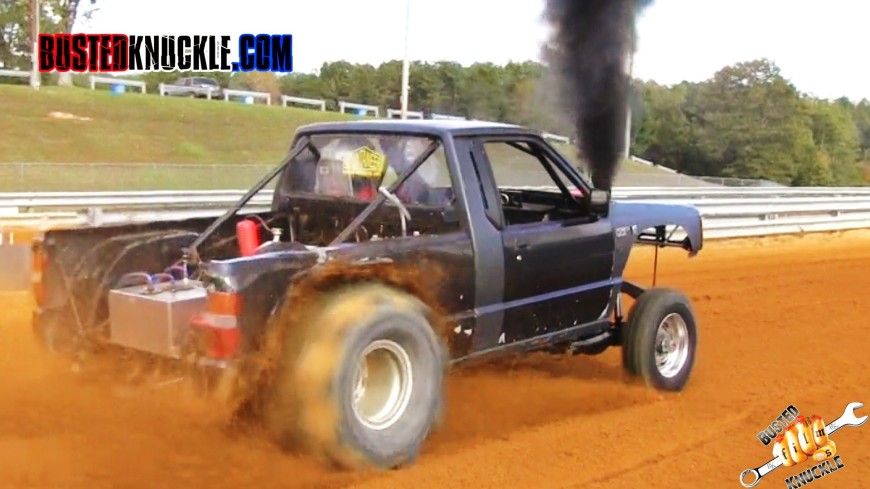 In the world of trucks making big power and torque, the Cummins branded power plants seem to be the best bang for your buck all around!

With that in mind, we check out what might just be one of the most insane machines to ever touch tire to sand and it’s powered by Cummins diesel, too!

We tune in as it rolls some major coal down the sand drag thanks to ground pounding power being cranked out from under that non-existent hood.

Check out the wild child getting rowdy and slinging sand every which way as it blasts down the sandy drag strip in the video below as captured by the guys at Busted Knuckle Films.

Watch this bad boy as it shakes down the concrete.