Our partner Matt over at Busted Knuckle Films always finds the guys with the coolest ...

Our partner Matt over at Busted Knuckle Films always finds the guys with the coolest builds at the events he attends, finding out all about some of the most unique builds in the offroading world. These guys pour their heart and souls into their projects, and Matt provides a great platform with a massive audience for these guys to tell their stories.

Matt caught up with Mike to find out more about this particular build, a rock bouncer known as Fat ’n Sassy. The cool blue chassis is a one-off creation built by Mike himself at his Michigan shop. Fat ’n Sassy relies on a GM LS2 engine with a few minor upgrades to crank out well over 500 horsepower, with a Powerglide that was built by my buddies down here at PTC in Alabama transferring power from the engine out to the transfer case and on to the wheels, which were a custom creation of Mike’s as well.

One of the more unique features on this rig is the Unimog axles, which many naysayers thought wouldn’t work. But as Mike himself proclaimed, he isn’t a guy who likes to waste time working on his stuff, so he built it where it hopefully won’t break. The Unimog is known for its unrivaled durability, so it makes sense to get some of the running gear from there, especially a component that takes as much abuse as the axles.

Mike has already put Fan ’n Sassy on her roof just a couple of weeks after completing the build, proving a couple of things: he is there to put in work, not just ride around looking good and his accomplished his goal of building a nearly indestructible bouncer. The rig took the rollover like a champ and kept right on climbing through the weekend.

Mike has some races down south planted with the SRRS as well as some trails rides up north in Michigan and Canada. This thing looks like it will take anything Mike throws at it, so we should be seeing a lot of Fat ’n Sassy at offroad events across the nation.

Portals on a Rock Bouncer….That'll Never Work they Said! 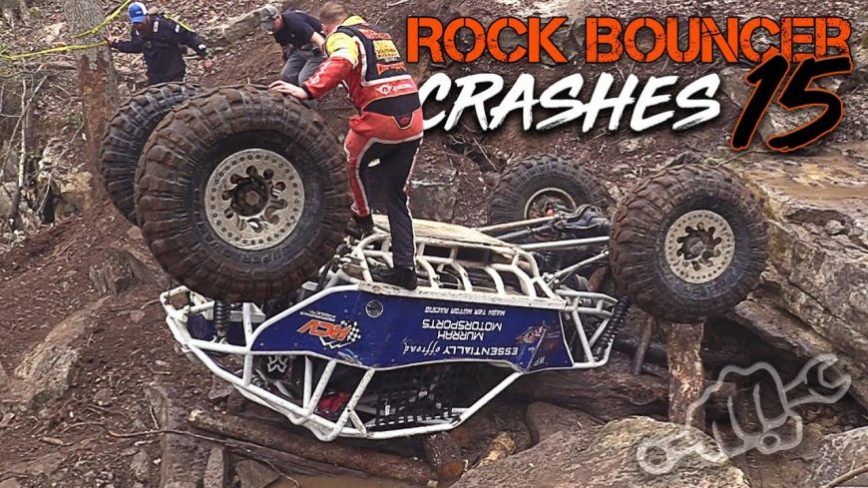