Oh road rage, you’re the most useless mechanism built into human interaction that people seem to undergo on a regular basis. Where a simple wave or “sorry” would do, sometimes, folks really take it to the next level, for whatever reason, letting pride get in their way when otherwise, it would probably be a situation that would be gone and fogotten about by both parties within a day or so. However, instead of this kind of resolution that seems to make way too much sense, drivers instead sometimes elect to go primal and get level with the person who has all of a sudden become the ultimate enemy for seemingly no reason at all. At the core, it’s a practice that makes almost no sense at all.

In this one, we watch a display as a bicycle rider gets tangled up with a car when they’re both going for the same space in traffic. However, it looks like the car might have not seen the bicycle rider and continued to move toward the nearby cones, nearly knocking the rider off of his bicycle. It doesn’t look like the bicycle rider took too kindly to this maneuver and took it upon himself to take offense to the situation, throwing gestures at the driver of the car which would eventually end in his bicycle getting run over and the rider sitting on the hood of the car! That’s most certainly not how a proper adult would handle their problems, now is it?

The video below gives you the up close and personal view from the bicyclist’s perspective as these two go toe to toe. After watching it all unfold for yourself, be sure to tell us which one of these road rage participants is correct in the matter, if you can say that about either one of them. There’s nothing like a bout of road rage to turn an adult into a child in no time flat! 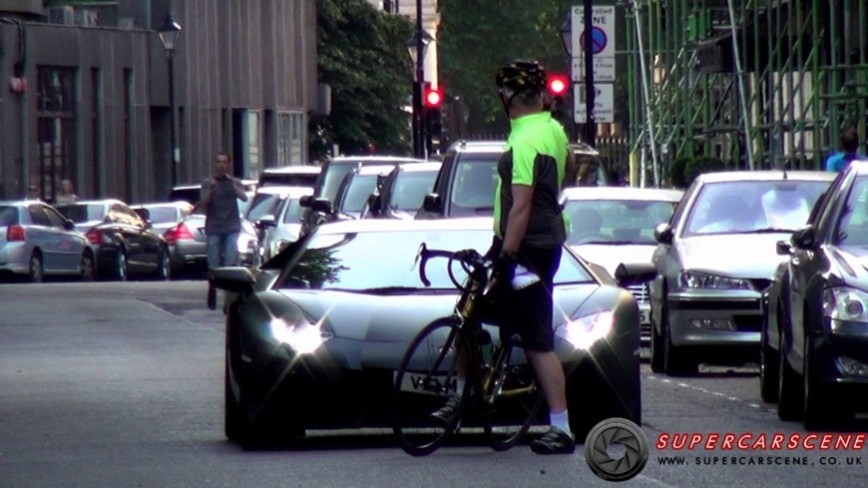