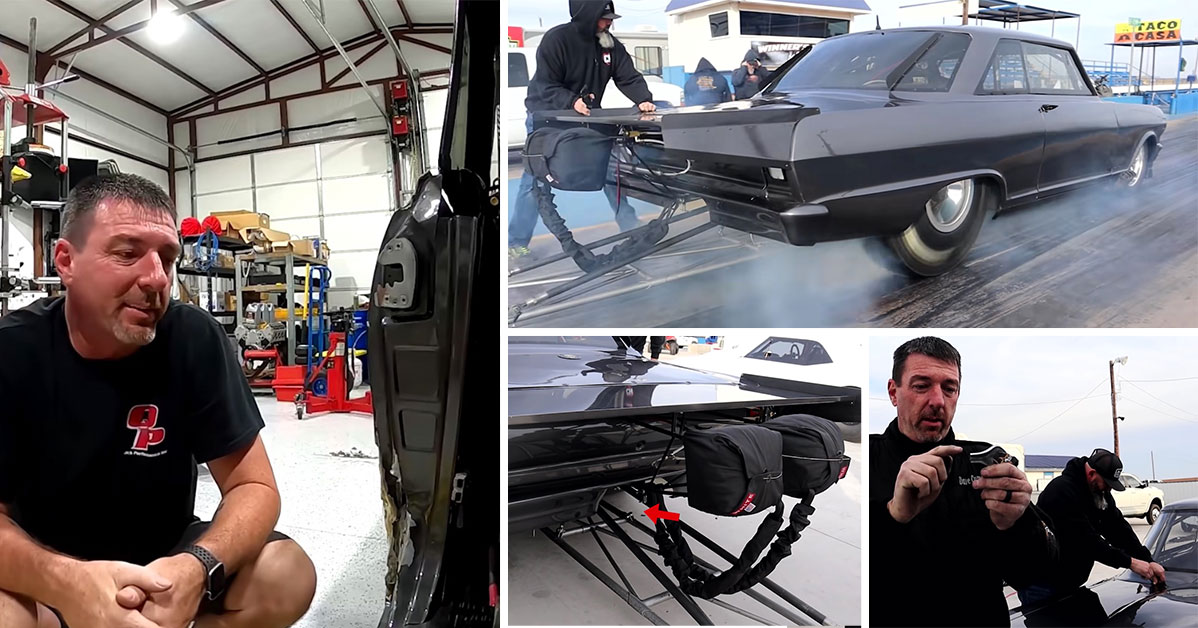 One of the aspects that we don’t think is appreciated enough with the competitors who race all the time in different kinds of formats with the same car is just how much they’re working behind the scenes.

Naturally, almost every racer is trying to get their car to go faster. Being able to make upgrades is pretty awesome but if you’re racing on a couple of different surfaces like that at No Prep Kings and the street as well, you can’t just add power and go. Instead, the setup needs to be tailored for just about every surface in question and it’s a constant battle. Usually, a car isn’t just set up for one particular race and left to go but instead, it’s a constant work in progress as updates are always being made.

This time, we get to watch that battle unfold from the driver seat of Goliath. In this one, Daddy Dave gives us the rundown of just some of the trials and tribulations of what it means to go back-and-forth between NPK and the street. Naturally, they are two very different places to race with different combinations necessary.

Sure, a no-prep race like NPK is certainly going to provide a challenge with a lack of traction. However, racing on the street is an entirely different ball game as it provides even less traction and a more raw surface.

Down in the video below Dave gives us the rundown of an outing he took to Wichita Raceway Park to do a little bit of testing. During the test session, he was trying to pull some power out of the car and make some new tunes to change things up a little bit for upcoming street races on the America’s List show. In the process, though, he ended up breaking just a couple of things.

Situations like the show just how much patience it takes to truly get a race car dialed in.

« Farmtruck and AZN Broke the Prison Bus on its Maiden Voyage!