By now, many fans of Street Outlaws know that Daddy Dave, a longtime nitrous ...

By now, many fans of Street Outlaws know that Daddy Dave, a longtime nitrous proponent, made the swap to a ProCharged big block in Goliath, his gorgeous 1963 Chevy II.

At the 2016 PRI Show in Indianapolis, Dave unveiled the new setup for the first time and did this quick interview to share some details about the car and his swap from nitrous to forced induction. The combination is surprisingly simple, but also long proven to make big power reliably, which is exactly what Dave wanted after burning pistons often trying to set the pace with his nitrous injected combo.

The ProCharged bullet is a 540″ conventional-headed big block with an APD carburetor, which is not the most typical approach to forced induction fueling, but Daddy Dave is confident that there’s no need for fuel injection. Making 2,300 horsepower at 20 pounds of boost and likely having a little more boost on tap if needed, the engine is more than capable of pushing Dave down the track – and the streets of the 405 – at a very high rate of speed. Keep an eye out for Season 9 of Street Outlaws to see if it’s enough to push Dave back to #1 on the Top 10 list.

Street Outlaws stars Daddy Dave and Kye Kelley battle it out for $5,000 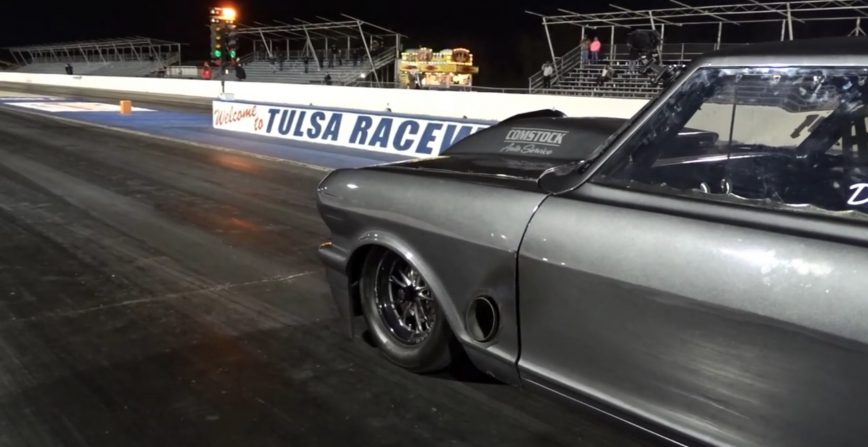