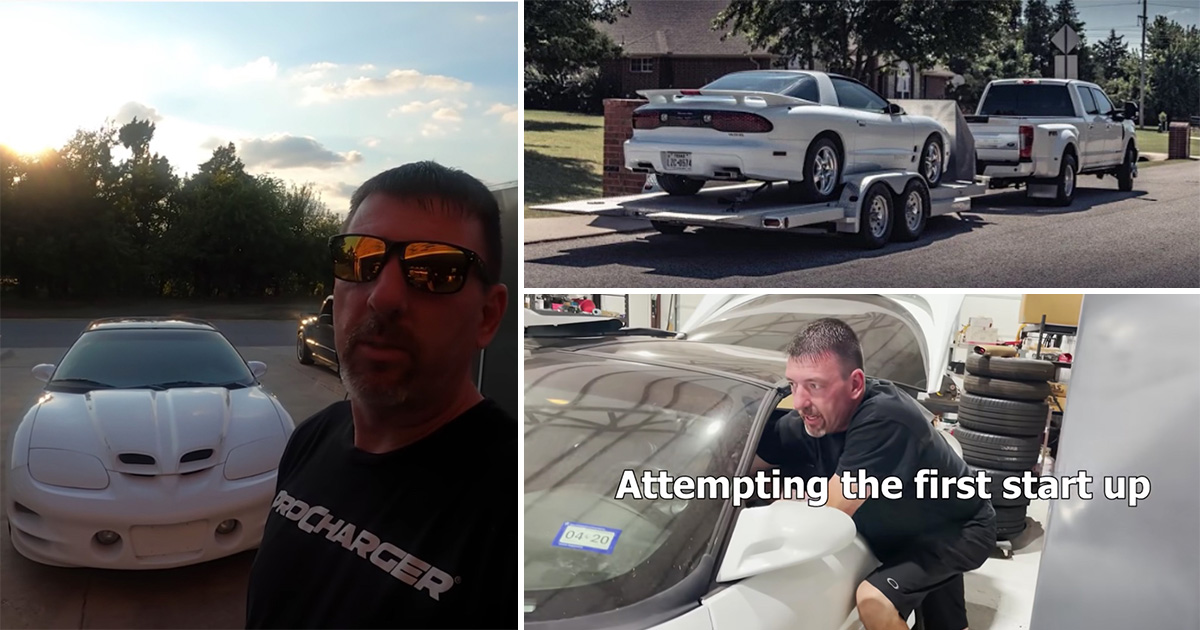 When it comes to some fan favorite Street Outlaws off of the TV screen, they still have some pretty awesome cars behind the scenes. As it turns out, driving fast machines can sometimes be a family affair as well.

This time, we tune in with the Daddy Dave Racing YouTube channel to check out a little something that he has in store for his wife. Apparently, after coming up with a Pontiac Trans Am in pretty nice condition, they couldn’t help but jump on the deal. However, the one condition here was that the car was going to need an engine as the current engine had a broken rod.

Unlike a lot of Trans Ams that one would find on the market, this one has been relatively untouched. As cars get older and have a community behind them who like to modify, one is going to find that most of the examples you run into are either beaten on to the point where they aren’t worth fixing or that they have been modified to the point where it’s going to be a headache to get them to be reliable. In this case, we run into a machine where neither of the above applies and a fresh engine will have this Pontiac on the move again.

Down in the video below, we ride along with Dave and company as the Pontiac breathes new life once again. In place of the original engine, Dave elects to go with a 6.0L LS setup. Along the way, we learn a couple of things about what makes these cars special and how Dave decided that he wanted to dial this one in just right for his wife.

At the end of the day, this machine needed a little bit of TLC. However, it wasn’t very long before the car ended up becoming a pretty awesome ride.

« 187 Customs Brings us NPK Round 10 Behind the Scenes