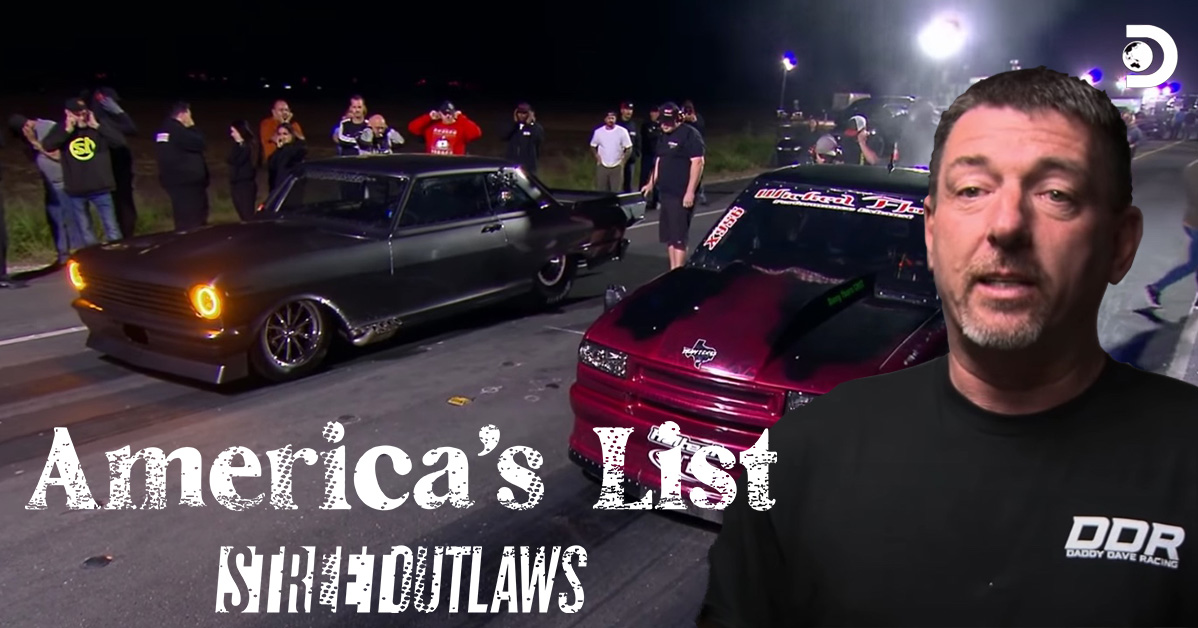 If one were to interview every street racer that they could, there would be two distinct camps that racers fall into. On one side, we find those racers who absolutely believe that the “chase is a race” format is the best way to drag race. In other words, even if one driver jumps the light early, if the other one follows along without restraining themselves to the line, it’s a race because the second car still left the line instead of sitting still.

On the flip side of the coin, we have the racers who are a little bit more traditional and believe that “chase is a race” is a hustle that does nothing to add to a race. Instead, this side argues that it’s a cheap way for drivers who don’t quite have a powerful enough setup to get the win.

In any case, when fans tune in with Street Outlaws: America’s List, they can fully expect to find the “chase is a race” format.

In this particular case, Daddy Dave went head to head with a competitor that he believed wasn’t quite as fast as him. As such, Jason Cantu, the driver of the Chevrolet S10 in the next lane over decided to jump the light incredibly early.

We aren’t sure if Dave just had supreme confidence in the fact that he would be able to catch up to and pass his competitor or if he just didn’t have enough time to make the proper judgment.

In any case, though, in this particular race, Dave decided to have at it. Not only would he end up catching the truck that left far before him and before the light, for that matter. He also ended up passing the truck and going home with the win.

In the words of Dave following the race, “What’s really embarrassing is when you steal the light and still get drove around.”

At the end of the day, it’s pretty clear that there is always going to be disagreement about if “chase is a race” is legitimate or just a hustle. What’s apparent, though, is that Daddy Dave doesn’t really seem to care either way.

« This is NOT an Ordinary Suburban: This Is One Of The Greatest Classic SUV’s Of All Time!