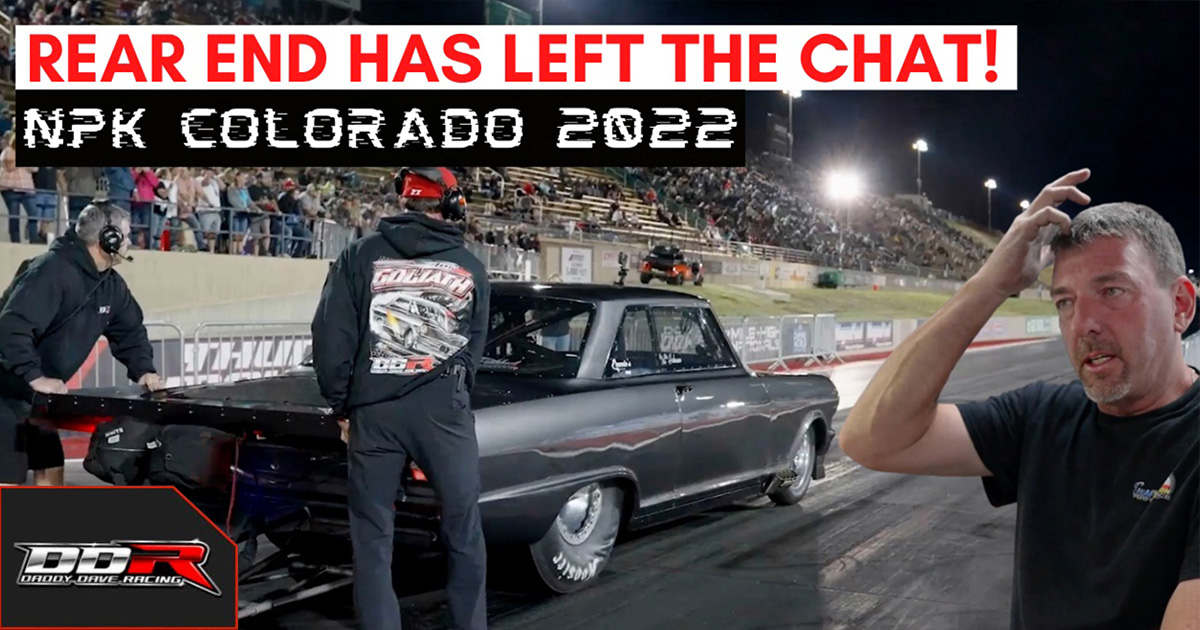 When the No Prep Kings circuit heads to Bandimere Raceway, it’s a pretty special experience for more reasons than one. Not only is the facility pretty awesome and widely respected by the drag racing community. It also throws competitors a unique challenge. You see, as Bandemere is in the mountains of Colorado, the altitude difference can provide a little bit of a struggle for certain competitors. As NPK competitor, Daddy Dave, tells us in a recent video, nitrous cars seem to be impacted less by altitude change because they create their own atmosphere. However, cars with forced induction on board tend to stumble a little bit when it comes to these high-altitude racing surfaces.

This time, over on the Daddy Dave Racing YouTube channel, we get to go along for the ride at Bandemere fresh off of a race at Tucson. Dave tells us that in Tucson, he hurt his engine a little bit, burning out some piston rings and even damaging a couple of pistons after getting a little bit too aggressive at the previous event in Tulsa. Therefore, in an incredibly close race, Dave would end up losing in round two in Tucson.

Moving forward to Bandemere, Dave was hard at work, swapping out some parts and trying to get his ride back to full health once again. Not only was fixing the engine in his sights but Dave had to make some changes to the combination as well to be able to combat the high-altitude situation.

In this particular video, Dave gives us a rundown on the challenges presented to forced induction cars and how he tries to combat them to stay competitive in Bandimere. With the footage, we get to go behind the scenes to see exactly how Dave and his intense Goliath Chevrolet Nova would fare in the battle in the mountains!