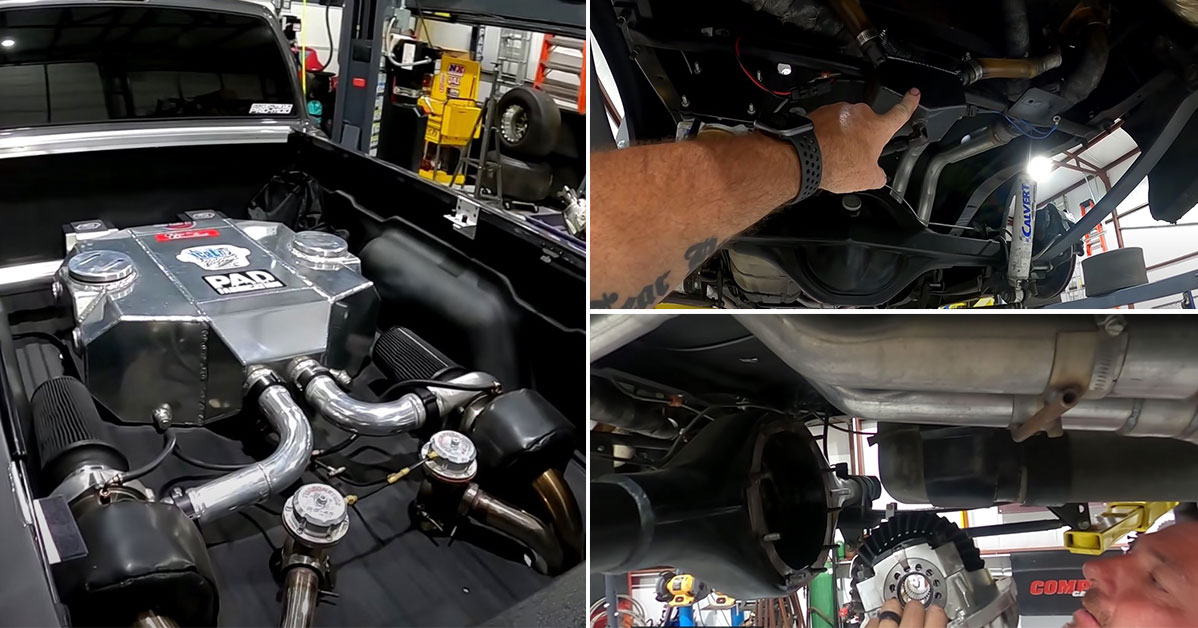 As many Street Outlaws fans probably know at this point, top competitor, Daddy Dave did quite a number on his Goliath Chevrolet Nova when tangling with the wall at the last No Prep Kings event. Following the South Georgia outing, Dave took to YouTube to explain exactly what happened. If you missed that video, you can find the entire wrap-up here.

Basically, the short and sweet of the matter is that, while damaged, Goliath is in a lot better shape than it could be and shouldn’t take entirely all that long to repair. Dave told us that the longest of the wait is going to come from replacing the carbon fiber and fiberglass components. Everything else should be together before that.

In the meantime, though, it doesn’t appear as if Daddy Dave is just going to sit around and see what happens. Instead, he is back in action, preparing his Chevrolet S10 to make waves at the No Prep Kings daily driver class.

Dave tells us that he has put a lot of miles on this thing around town and because it is truly geared for the street, he needs to change up just a couple of things for it to be competitive. In addition to changing the rear gear and removing one part that isn’t legal via the daily driver class rules, Dave is going over the S10 just to make sure that everything is spick and span, ready to roll.

Down in the video below, we get the unique opportunity to join in behind the scenes to see exactly how this magic is made. It’s pretty awesome to see Dave taking everything in stride, not worrying all that much about the crash that happened in his last outing, and hopping right back into action without even skipping a beat. Of course, we want to see Goliath back in action but in the meantime, the S10 should prove to be a pretty interesting watch.