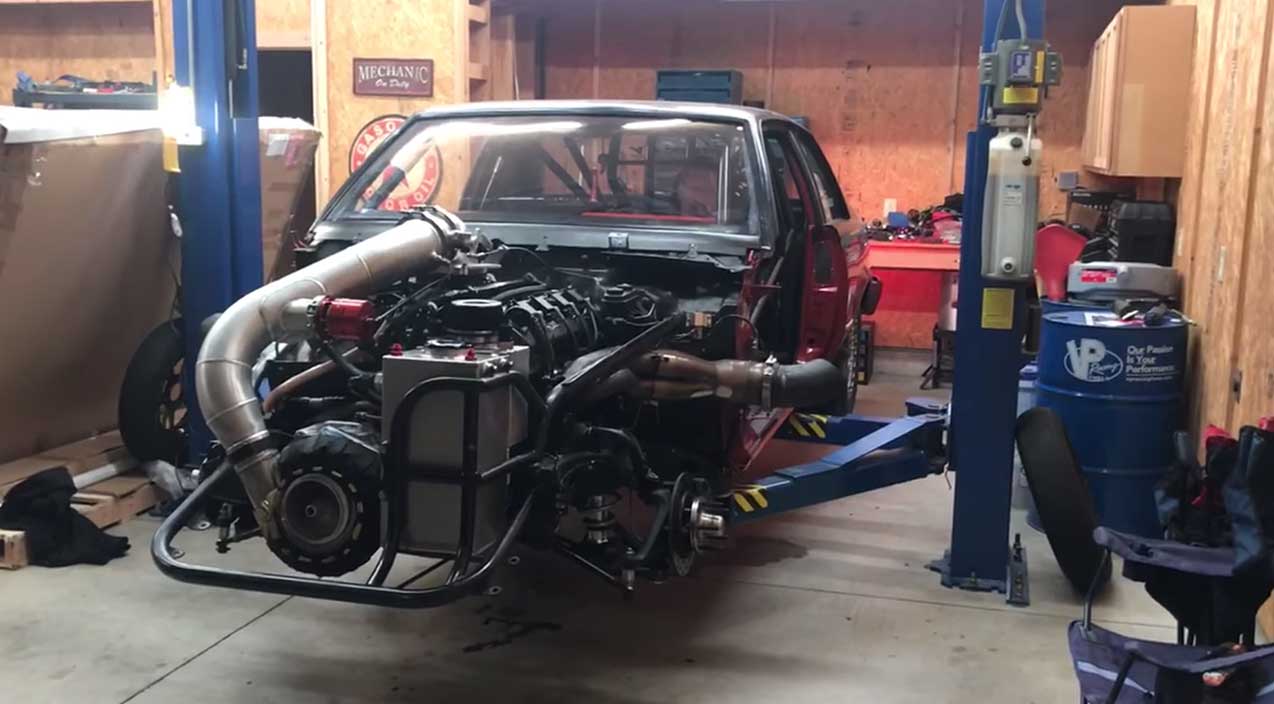 If your only glimpse inside the 405 comes on Monday nights via Discovery Channel, there’s a lot more that goes on in OKC that you’d probably love to know more about. That’s where we come in! David “Daddy Dave” Comstock has been one of the featured stars on Street Outlaws since the shows inception, and a lot of people know about his Chevy II, known as Goliath. After his run in the Sonoma and a stint behind the wheel of Plan B, Dave built his own car and has kicked a lot of butt in it, proving he could do it in his own hotrod.

Dave has another car, though, that doesn’t make it to the streets, but it’s just as cool as Goliath, just a little different. Dave’s Malibu is also sporting a massive ProCharger force feeding the engine. I believe at one time this car was powered by a small block, but now relies on the 2,300 horsepower 540 CID engine that previously resided under the hood in Goliath.

Dave is getting the tune cleaned up in the Malibu, working on getting it “on the chip” cleanly. What that means is getting the engine to rev to the RPM limit while the transbrake is engaged without stumbling or missing. It may sound simple, but the transition from idle to wide open throttle is one of the trickiest parts of the tune to get right. Too much fuel and the engine will fall on its face, too little and you could melt the pistons.

Of course, Dave has quite a bit of experience with this engine, and tuning in general, so as soon as he romps on the throttle, you can tell the revs jump cleanly to whatever RPM he has the 2-step set at and holds there until the lets off the gas.

This car has small tires on it, so I’m not sure where Dave is getting ready to race, but you can bet wherever he shows up, he and the Malibu are coming to race for the win just like he and Goliath do on the show!

New motor, tweaking the tune so it gets on the brake clean. Sooooo loud!! #prochargerlife #fueltech #smalltirehotrod