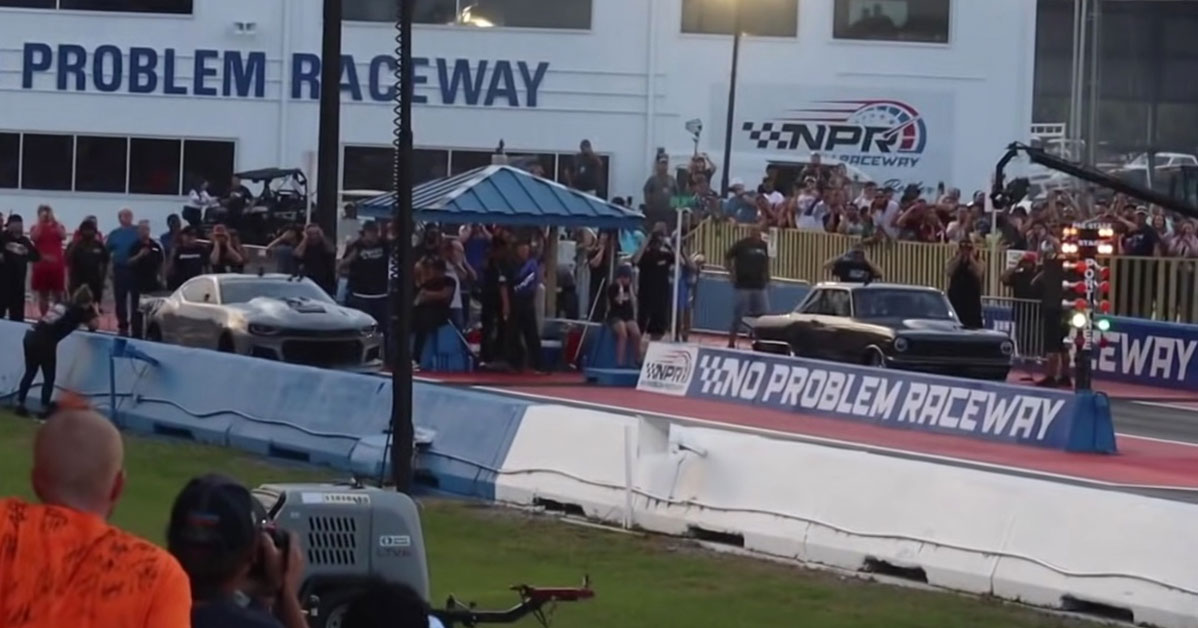 It seems like no matter what the location, No Prep Kings always bring some of the best action on a drag strip. With top billing names like Ryan Martin, Daddy Dave, Jeff Lutz, Justin Swanstrom, Kye Kelley, Murder Nova, and many of our other Street Outlaws favorites, it’s bound to be a great time.

This time, the action was as good as ever as a crew headed out to Belle Rose, Louisiana in order to throw down.

In a variety of videos from YouTube uploader, Upshift, we sit trackside to see exactly how these races end up going down. One of the crazy things about no prep is that the fastest car doesn’t always win. One of the interesting parts about this format of racing is that drivers need to be both fast and consistent. Anything less will result in somebody going home earlier than they would’ve liked to.

Fortunately, all of the above are these drivers’ specialties so it’s a treat to be able to see who can be the one to outlast the rest.

Even though all of these names are the biggest in the industry, one of them has to be sent packing with each and every race. Most of these car and driver combinations would be able to hold their own against the vast majority of racers in the country who find their way to a no prep surface. However, the task in Louisiana was to hold their own against the best of the best.

When push came to shove, the big winner of the show was going to be either Jeff Lutz or Disco Dean. Both cars had certainly fought through some adversity and managed to be both the fastest and most consistent in order to make it all the way to the final round. Down in the video below, we get to see exactly how this whole thing shakes out and who goes home with the crown from Belle Rose.