Is it us or has Daddy Dave seemed to be in a pretty giving mood lately?5x the entries ...

Is it us or has Daddy Dave seemed to be in a pretty giving mood lately?

The last time that we caught Dave doing a little bit of giving, he was handing over an incredibly nice trailer to his buddy, Dominator. This time, he’s at it again and it seems like he has his eye on a gifting a set of wheels with the help of a couple of friends.

It seems like, in the 405 community, the man by the name of “Big Marc” has left an impact on quite a few people. He’s such a good guy, in fact, that some of his friends decided they wanted to do something nice for him for his birthday. Therefore, an effort led by Dave, Travis, Jerry Freeman, and Kevin Cox would hook up Marc with quite the surprise.

Dave says that Marc has money and can buy his own wheels. However, because these guys value him so much, they decided that they wanted to do something nice.

When it comes to Marc’s Ford Mustang, it has always had a set of budget wheels on it. The guys decided that they were sick of looking at them, we suppose, as they decided to go all out and hook the car up with a nice set of Weld Racing Wheels.

Before they would do that, though, they decided that they would have a little bit of fun. With the help of Marc’s girlfriend, they’d gain access to his home and hang out for a bit, even watching a little TV before stealing the car to have the wheels installed. Afterward, we’re able to catch the moment that the big surprise is revealed!

BigRob Entertainment brings us to the scene of the crime! Sometimes, it can be easy to get caught up in the pursuit of the dollar. However, it’s sharing that dollar that really makes the pursuit worth it. 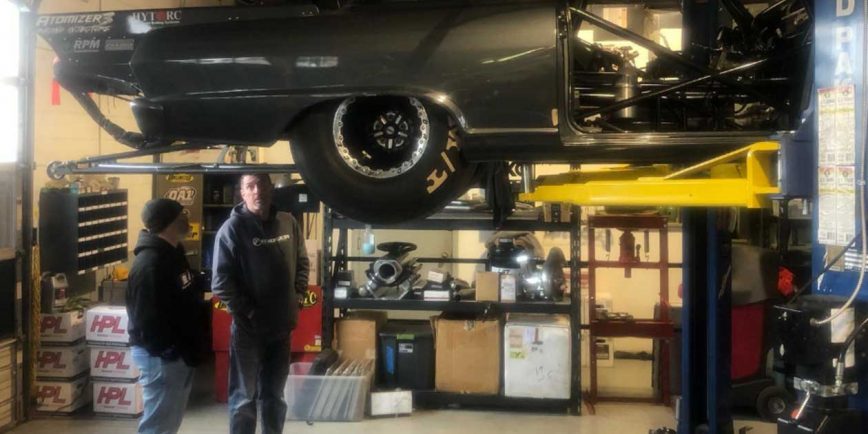