Never Is Now! Daddy Dave Switched To Twin Turbo’s And Goliath Is FAST! 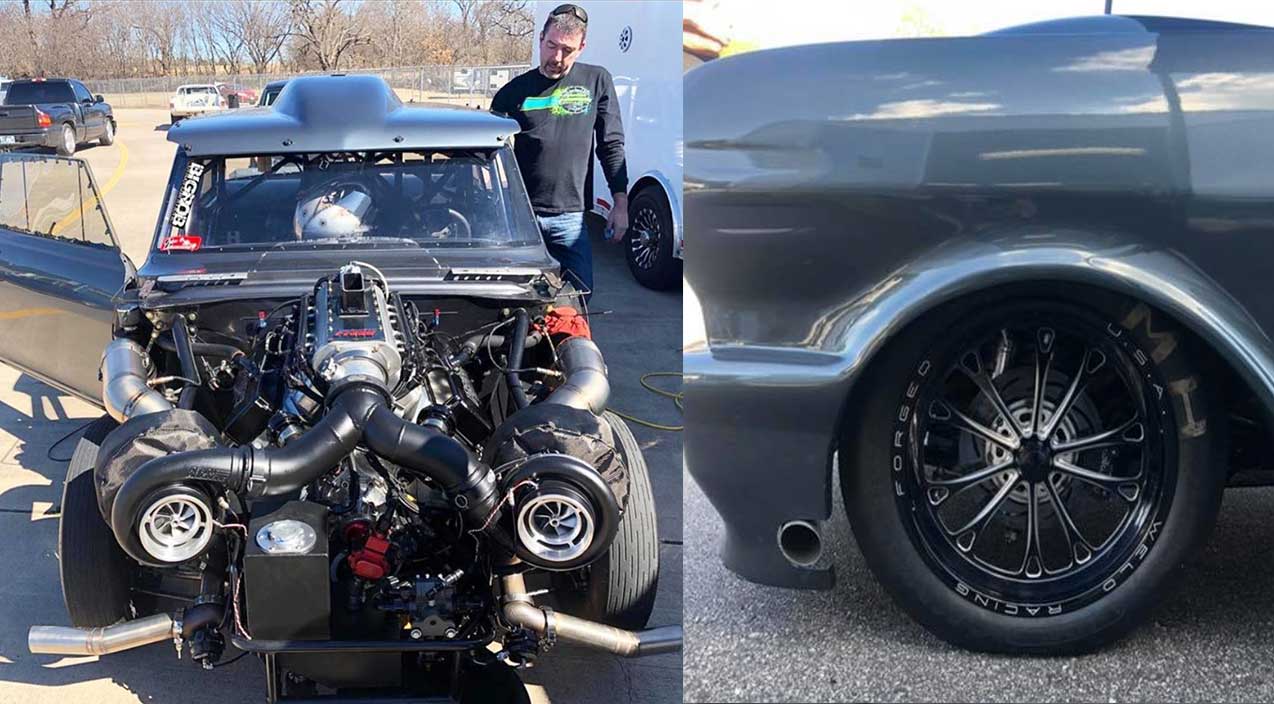 Daddy Dave shocked the world when he made the switch from nitrous, which he’d run most of his life, to ProCharger a couple of years ago. He first built a pretty standard big block to get a feel for driving and tuning a supercharged combo, then stepped up to a ProLine Racing Engines 481X to extract as much power as possible from the ProCharger.

He seemed to be doing well and really getting a handle on that combo when he quietly made yet another drastic change, this time bolting up twin turbos to the 481X, in Goliath, a move that shocked fans yet again, as Dave had been quoted as saying he would never run turbos on his car. However, at the end of the day, Dave wants to run up front, and the power potential was tapped out with his ProCharger, so he made the swap to snails, heading to FuelTech’s Ball Ground, Georgia headquarters a couple of weeks ago to have the car tuned with the new combination before heading back west to do some testing.

As is common practice with things like this, the horsepower numbers weren’t released, but it’s no secret that a twin turbo 481X powerplant is capable of producing around 4,000 horsepower. That number, of course, depends on the size of the turbos, the type of fuel being used, injector size, and what the car itself is tuned for, so Goliath may not be pumping out those kinds of numbers, but the potential is certainly there.

We saw Dave testing his new combo just a few days ago at Thunder Valley Raceway Park in Oklahoma, and now he’s made the trip way down south or Orlando, Florida’s Orlando Speed World to do some more testing with the watchful eyes of PLR’s in-house tuning crew on hand to see how the car does. If you watch the footage from TVRP, then watch his passes at Orlando, you can tell the car is turned way up now, hiking up the nose off the line and carrying it nearly the entire 1/8th mile.

The guys on the Top 10 list better take note, Goliath is coming for the top spot (again) and looks like a force to be reckoned with!

We got a chance to catch up with "Daddy David" at Orlando Speed World Dragway testing his new Twin Turbo setup from Pro Line Racing! With only a few hits, its looking pretty stout! Tripping the 330' on the back tire!