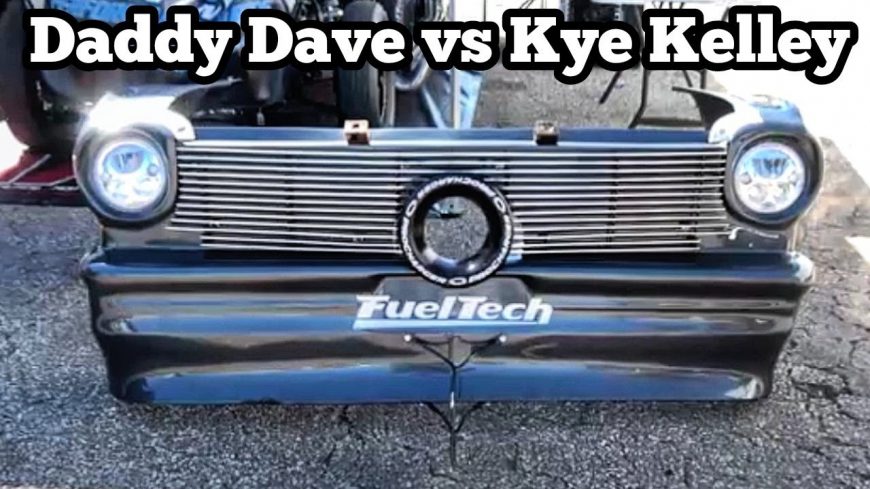 No Prep Kings has just wrapped its second season and we have to admit, the Street Outlaws spinoff has brought us some great racing between some of the baddest hotrods in the no prep realm. Some of these hotrods just might look familiar to those of you who haven’t even watched No Prep Kings, such as the two in this video from National No Prep Racing Association.

Long before there was a series based on track racing, the original Street Outlaws series helped make a name for guys like David “Daddy Dave” Comstock and Kye Kelley, arguably two of the most popular racers from the show. These guys have built their cars to run on the streets, but with the surging popularity of on-track no prep events, they have their cars setup to work well at these events too.

While this seems to be “just” a grudge race, and not in actual eliminations for the No Prep Kings shootouts, you can be sure there was some money on the line, as well as the all-important bragging rights. If you remember back to the first few seasons of Street Outlaws, Daddy Dave and Kye have a lot of history, with both of them having beat the other at different points throughout the shows history, so there’s a little more motivation for both of these guys when they’re lined up against one another.

After laying down some fresh rubber to help get the most traction possible, the cars stage up and as soon as the green lights flash, the race is on. They appear to leave as one and remain locked door-to-door for the full 660’, with the race being too close to call by the naked eye. Luckily, there’s no need for that since the races took place on the track, which has electronic timers to determine who wins each round.

Daddy Dave took this one, but only by the slightest of margins, proving just how closely matched these cars are when they both go a-to-b.