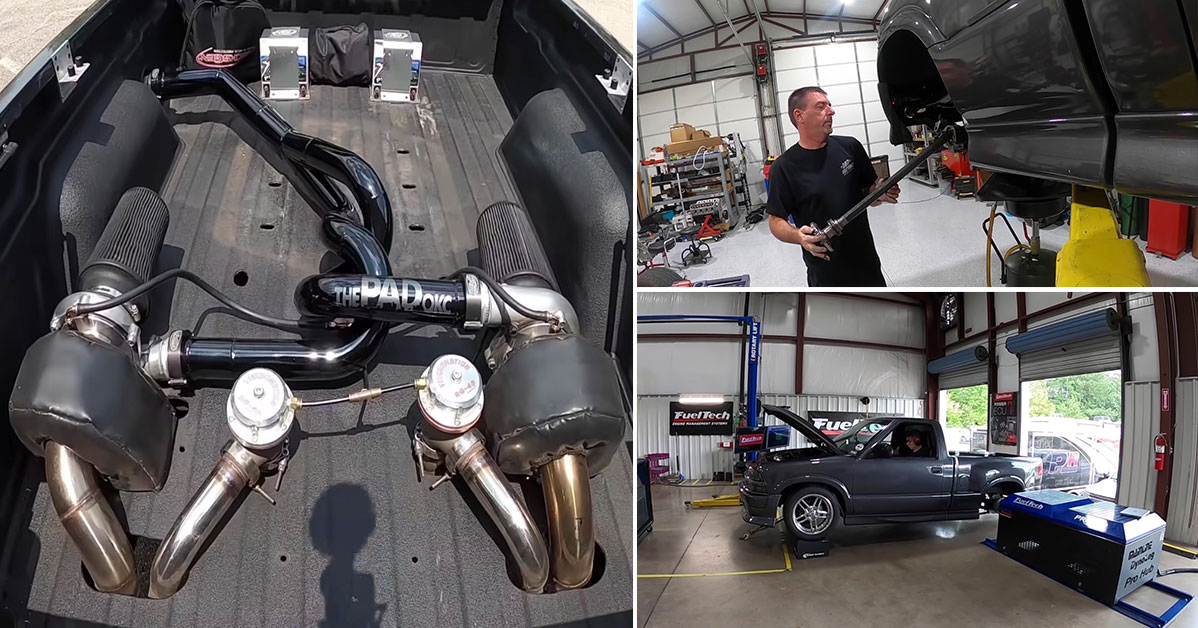 As many Street Outlaws fans might have seen, fan-favorite, Daddy Dave, ended up getting into quite a serious predicament with his Goliath Nova. During a race at the South Georgia rendition of No Prep Kings, the car ended up in the wall at the big end of the track.

Fortunately, while Goliath might not have looked too pretty of the time of the wreck, Dave informed us, not long after, that the damage actually isn’t as bad as it looks. Instead, he would immediately get to wrenching, attempting to get the car back up and going again to be in the thick of things as quickly as possible.

At this point in the timeline, it’s looking like we have about three weeks left before Goliath makes its presence felt once again. In the meantime, though, Dave seems to be ready to break out one of his other rides to flex the muscles on it.

Last time, we get a little bit of an update about how exactly Dave will be getting his Chevrolet S10 ready to compete in the No Prep Kings street car class. With a couple of updates to make sure the truck fits the rules along with a gear change to take this thing from highway monster to track monster, it should be just about ready to roll.

This time, Dave takes us along for the ride to put the final touches on the S10 at the one and only FuelTech. While tuning might be just a couple of taps of the keyboard away, it certainly proves to be one of the most important parts of pulling together a racing machine. In fact, it can take a good build and push it to “great” status!

Be sure to look out for Dave and the S10 in the daily driver class because as we know this thing is a beast!