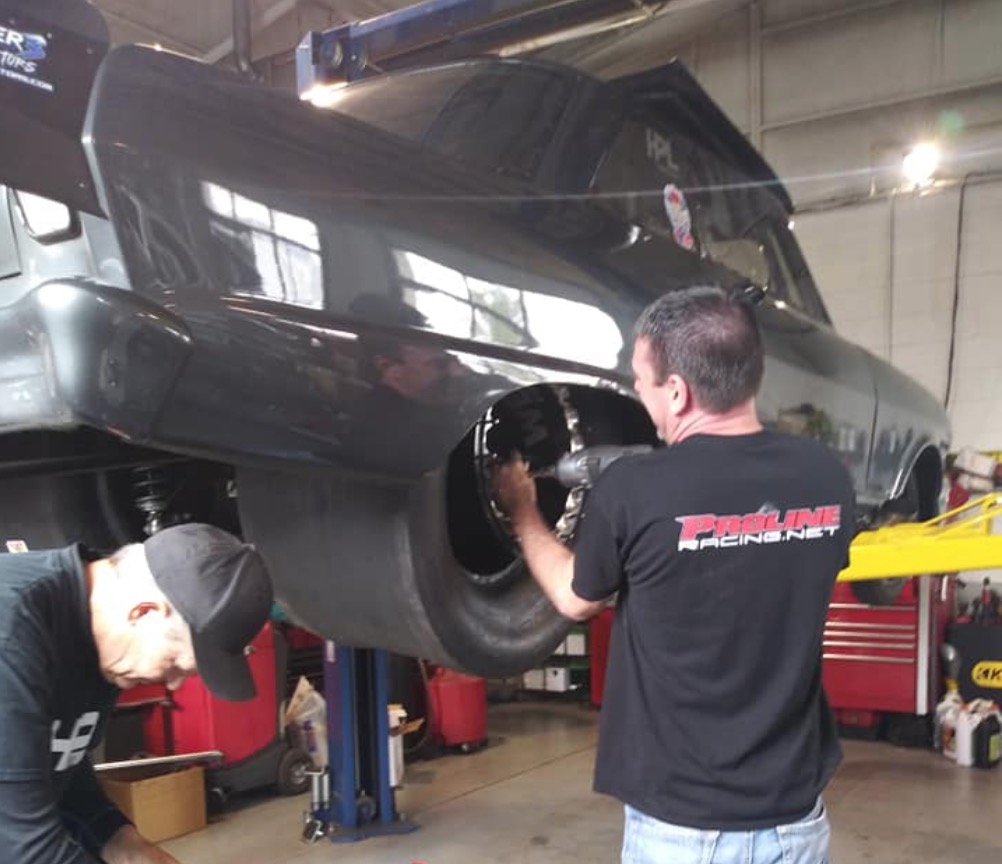 After years of running nitrous as his power adder of choice, Daddy Dave made the switch to forced induction a couple of years ago. Although he’d been quoted as saying he would never run turbos, he has no found himself the proud new owner of a twin turbo setup, and in the video below, you can tell this thing is just downright nasty.
We’ve already seen the first startup of the ProLine Racing-built combination, and even a couple of test passes from Thunder Valley Raceway Park in Oklahoma and some very solid runs made under the watchful eyes of the PLR Brain Trust at Orlando Speed World.

Now the car is back home in Dave’s shop and appears to be getting outfitted for street duty. We know, through our various channels (and not-so-secretive Facebook posts) that the 405 is currently filming, so it looks like Boosted Goliath will be making its on-screen debut in season 13 if our intel is correct.
As is common with new combinations like this, we haven’t heard the actual dyno numbers that the new setup made, but with the venerable PLR 481X engine and what appear to be twin 88mm turbochargers, we know the potential is there for Dave to be making well over 3,000 horsepower. How much of that he will be able to use on the street is a completely different story, however, and that’s where his years of “seat of the pants” feel will help him dial up just enough power to get the car down the street without overpowering the street and losing traction.

Make no mistake, although he swore he’d never go turbo, Dave will make the most of his new venture and should be immediately contending for the top spot on the list. We also just happen to know, thanks to an Instagram post, that Chief is the current #1 car on the list and that the new tag for the Crow just happens to read 481XLOL, so there’s already going to be some great storylines coming out of the next few seasons of our favorite street racing reality show.

« Is The New 2020 Jeep Gladiator Pickup As Good Off-Road as a Jeep Wrangler? Here’s The Verdict!