Daigo Saito’s Insane Jump Into a Drift is Mind Blowing! 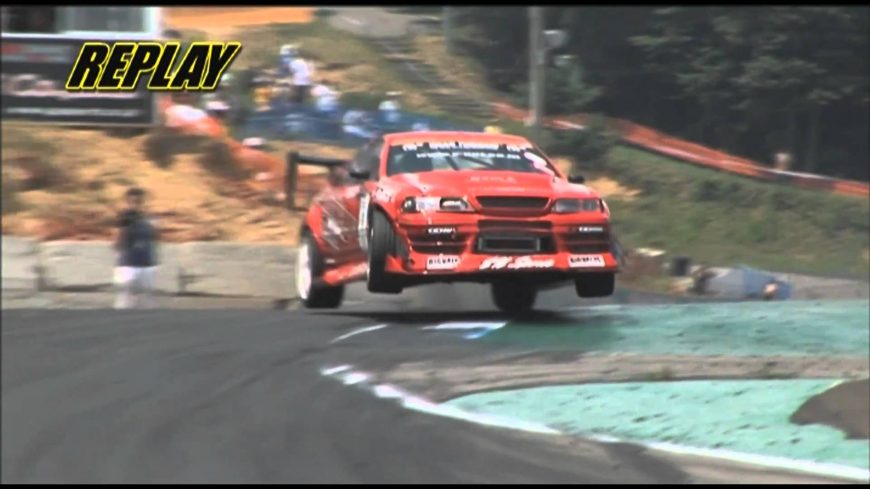 Drift legend Daigo Saito is known worldwide as one of the best behind the wheel when it comes to the art of the drift. From the first time behind the wheel of a truly capable drift car – a Nissan Silvia S13 that he famously practiced in for 36 hours straight when he first bought the car – Saito has had a gift that few others posses and he’s parlayed that into a decorated career in the world of professional drifting.

In the clip below, we see Daigo follow a line that takes him over a sharp rise in the track, sending his Toyota Mark II airborne. While this would send even the most experienced drifters off their game, at least for a moment, Daigo doesn’t miss a beat, deftly landing the jump and kicking the rear end out into a slide that carries him through the sweeping left turn as if nothing was out of the ordinary.

The commentators lose their minds at his superb skill and the crowd on hand goes wild as well, showing their love for the masterful skill Saito showed in maintaining control of the flying Toyota.

« Big Fight at The Track – Crew of Another Driver Taunts and Yells Until He Gets Out to Fight Back!