Dallas Cowboys WR, Terrance Williams, Has Run-in with Repo Man. In the scheme of ...

Dallas Cowboys WR, Terrance Williams, Has Run-in with Repo Man. In the scheme of things, for a professional sports organization, they would probably rather employ players who don’t make headlines so often. It seems counterintuitive because the more popular the player, the more jerseys are sold and likely it’s because of their performance on the field. However, a lot of times, when we see players’ names popping up in the headlines, it’s not always for the best of reasons. It seems like with so many controversial things happening these days, the NFL would rather have their guys stay off of the radar but unfortunately for them, that’s just not the reality of the matter.

In this realm, Dallas Cowboys wideout, Terrance Williams, certainly isn’t one that we would consider being low key. To accompany his performances on the field, Williams has found a way to get tangled up in headlines more than once. This time, though, the headlines are surrounding pictures of a repo truck that’s been spotted hooking up to Williams’s Joker themed Dodge Challenger Hellcat. According to TMZ, Williams has made $13 million over his six-year career in the NFL so seeing something like this raises just a couple of questions.

It seems like Williams is quite the car guy, though, as he also has been seen in a bright blue Lamborghini that was the subject of discussion when he ended up falling into DUI charges after running the car into a pole.

These certainly aren’t the worst headlines that we’ve seen out of the NFL’s wheelhouse as of late. This one that Williams would probably rather forget, though. We can only hope that, with a player who has a history of off-field troubles, that he’s getting his ducks in a row. Love the Cowboys or hate them, we never like to see another human being going through a rough patch. 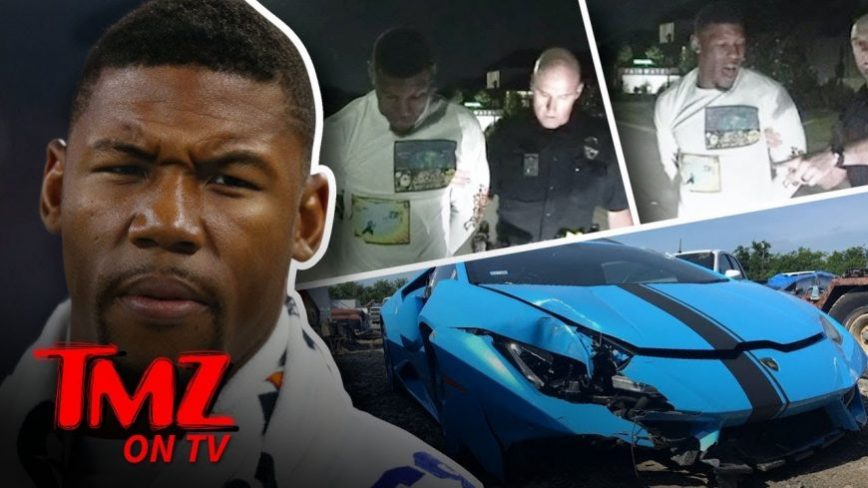