Danica Patrick Says: ‘If I Don’t Do Cup, I Don’t Think I’ll Do Anything’ 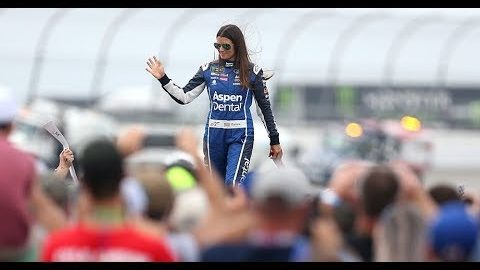 There’s been much speculation about Danica Patrick’s future following the announcement that she and Stewart-Haas Racing would part ways following the 2017 NASCAR season. In this short sound byte, Patrick herself declares that her future is in NASCAR or nowhere, and she puts it almost that bluntly.

“If I don’t do (Monster Energy NASCAR) Cup, I don’t think I will do anything,” said Danica in this interview with SiriusXM NASCAR Radio yesterday. She continued, “My goal is to be one of the few drivers that have won in Indy Car and NASCAR.”

Patrick, who hasn’t found the level of success in a stock car that she’d hoped, does seem to feel like there’s still potential there to join some pretty elite company by winning a race in both the Indy Car series and Monster Energy NASCAR cup. She took home a series win in IndyCar at the 2008 Indy Japan 300, making her the only woman to have ever won in the series, and she holds the highest finish for a woman in the Indy 500, placing third in 2009. She also holds the record for the most consecutive races with her car still running at the finish at 50, shattering the old record of 32.

However, Patrick has had a harder time finding success in the stock car world, having managed only seven top 10 finishes over 181 races in 5 seasons and zero wins.

Patrick concluded the interview by hinting that she’s seeking a ride for the 2018 season, saying “That’s what I have to answer to, whether or not I want to do this. My only goal is to win, and if I think I have the opportunity then, you know, it’ll definitely be something I’ll evaluate.” While she may not have had the most stellar results on the track, Patrick has certainly proven herself marketable, so she’d be an asset to any team willing to give her a shot, and hopefully she can achieve her goals at the sport’s highest level.