Put simply, this is spectacular. I was hoping the driver of this gorgeous Limited ...

Put simply, this is spectacular. I was hoping the driver of this gorgeous Limited Drag Radial Lexus LC-F, Daniel Pharris would have some in-car footage or maybe video from a GoPro mounted somewhere on his car, but so far, nothing has surfaced. However, my friend and fellow photographer Will Kinnard just happened to pull out his iPhone to capture this pass, and while you can’t see exactly what happened, you can see enough to know something crazy happened.

The car, which is quite literally one of a kind, was built by EKanoo Racing in Bahrain, campaigned for a couple of seasons – with great success – before being sold to Missouri native Pharris and shipped stateside. The car has been an instant hit, drawing fans with it’s lethal 1-2 punch of great looks and insane power. The car immediately became a contender in Limited Drag Radial, winning a couple of races right off the bat and running numbers that were at or near the class record early and often.

As far as I know, other than shaking a headlight loose at Outlaw Street Car Reunion in Bowling Green, KY, the car has given Pharris almost no trouble, thanks to his care and maintenance of the car and the no-expense-spared approach EKanoo takes when building his cars. However, at Radial Fest, held this past weekend in Alabama, the car experienced a major parts failure that resulted in some of the more spectacular carnage I’ve ever personally seen.

The car was on its way to another deep-4 second pass when something in the drivetrain failed. It’s hard to determine what failed first, but the driveshaft is broken and parts of the third member exited the car via the rear quarter window, launching out of the gorgeous Lexus just behind Pharris’ head as the car neared the finish line. Most driveline failures take place right off the starting line, but with an estimated 3,500 horsepower on tap, there’s a lot of stress on the components from start to finish each pass.

Sometimes, parts just reach the end of their life expectancy at the worst possible time.

Murder Nova Takes On "The Giant Killa" At No Prep Nationals 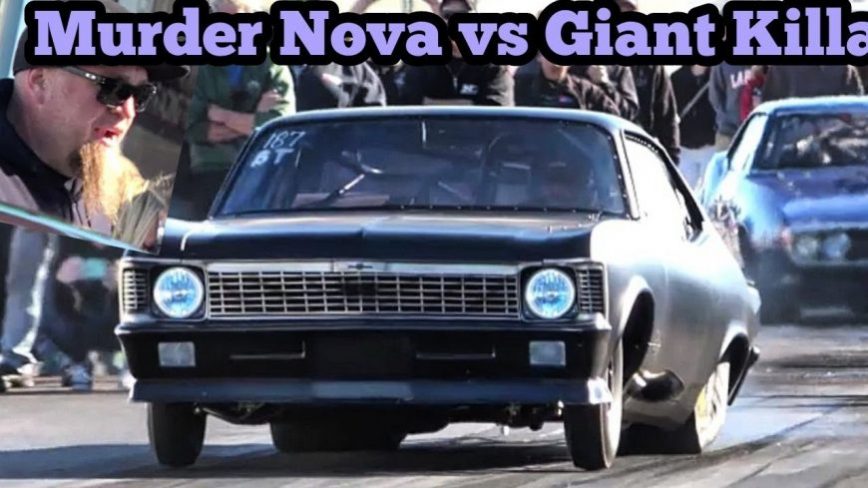