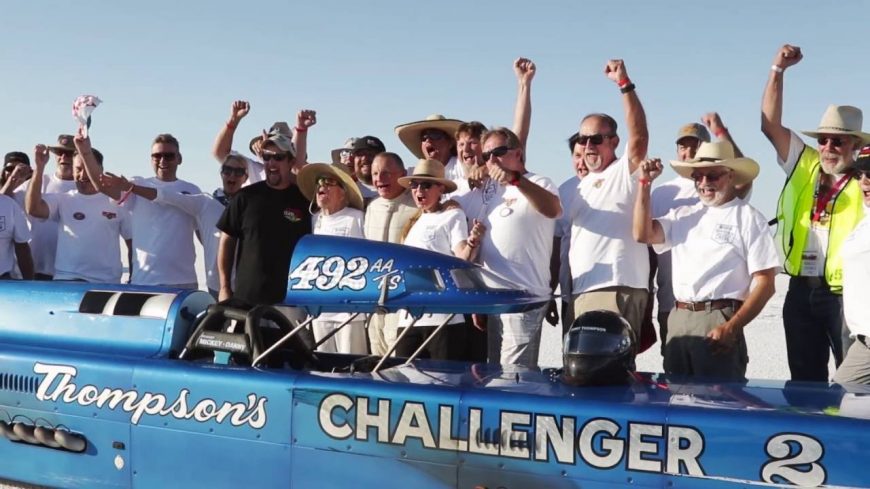 If you didn’t know the story of Mickey Thompson’s beginnings and how his legacy turned into tires on race machines and purpose built machines across platforms across the world, it all started on the Bonneville Salt Flats.

This time, we catch up with Danny Thompson, the son of legendary Mickey Thompson, as he attempts to set the land speed record for a piston-powered vehicle, a journey that his father set out to accomplish years ago.

In this flick, we follow along with exactly what the process behind such an attempt looks like. It might seem like you hop in and roll, but we assure you that it most certainly isn’t all fun and games. It’s important to work your way up to such an attempt.

Check out the video below as Danny rockets the Challenger Streamliner 2 to an astonishing 411.91 mph, paired with a 402.348 mph run, which averages out to a record-setting 406.769 mph average.

Something like this takes incredible courage, but if there is anyone who could carry out such a feat, it doesn’t shock us that it is somebody from the Thompson family.