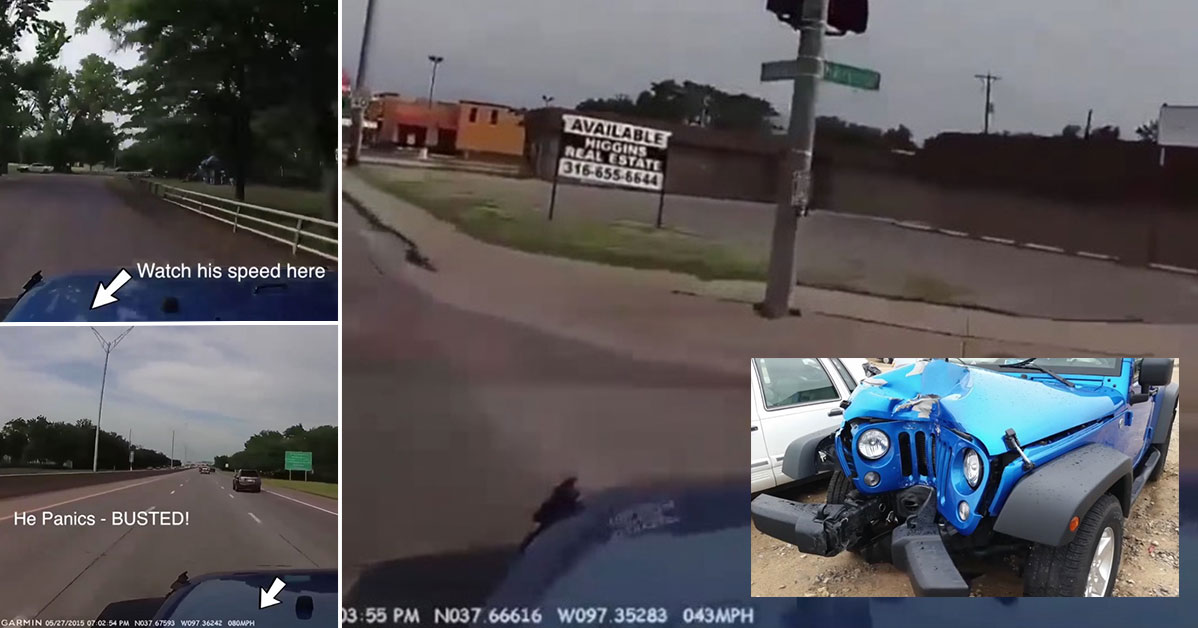 Being in a situation where you end up getting carjacked has to be about as adrenaline-pumping as it gets. It’s obviously not a spot where anybody wants to be involved. However, we would probably bet that there isn’t a much bigger adrenaline rush to get even though it’s for an incredibly negative reason.

This time, with the help of some modern technology, we check in with a carjacking situation that actually ended up being stopped in its tracks. Apparently, a couple of criminals were looking to get their hands on a shiny blue Jeep Wrangler. After the carjacking, though, the man who had the vehicle stolen from him immediately got on the phone with the police and they were, fortunately, able to track it down in quite an intense scenario.

It’s not too often that we get to see this sort of situation from such a perspective as the Jeep had a dash cam on and rolling the entire time. In a video where the 9-1-1 call is overlaid, we get sunken straight into the thick of things to watch the intense situation as police try to catch up with this bad guy before the vehicle in question is gone. I’m certainly no car theft expert. However, I would probably guess once the Jeep is out of sight, the first thing coming out of it would be the tracking devices. From there, it’s likely not long before the Jeep is stripped down and sold for parts and this owner never gets to see his vehicle again.

On a brighter note, the thief didn’t end up getting away with the crime. Instead, police did manage to track the criminals down after some quick thinking on their feet. Unfortunately, things didn’t end well for the Jeep but we would assume that justice was likely served.