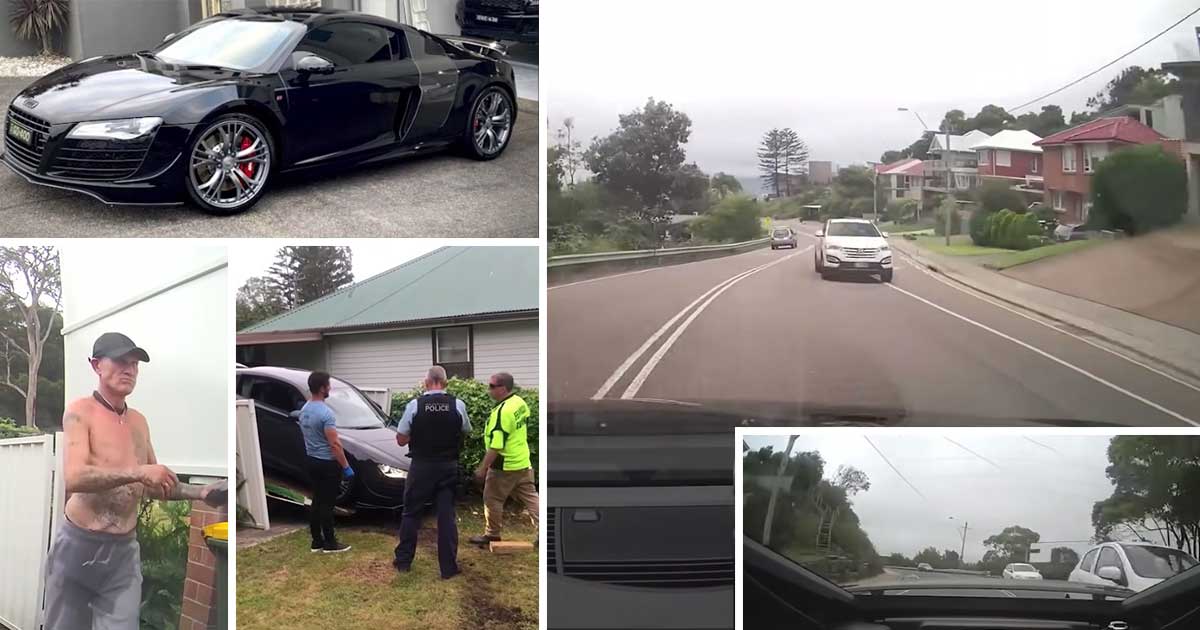 One moment, everything can be going as according to plan, and the next, all hell could break loose. It’s pretty crazy how we never know exactly how life is going to unfold as it could truly deviate far from the path at the snap of one’s fingers. That was certainly the case for the owner of an Audi R8 as they would end up getting treated to quite an unpleasant surprise.

As a video description here tells us, one day, a man would run away from a random breathalyzer test. From there, the fugitive would break into houses, jump fences, do everything that he could to hide from the police. It was at this point that he discovered a house that he could get into and found the keys to an Audi R8 parked in the garage.

The thief made quick work of it, hopping into the high-powered exotic car and taking it for a ride.

It’s not really clear if this joyride was with the aim of escaping the police and hiding or taking the Audi for himself. In any case, the 30 minutes that would follow were just as wild to watch either way. The man behind the wheel of the car did everything he could to outrun the police, causing lots of damage to the car in the process.

The owner of the vehicle points out that it was an absolute miracle that nobody ended up injured in the incident and they were fortunate enough to find the car with the help of Facebook. Social media can really help do some good, after all!

Down in the video below, the dashcam footage shows this exotic car ripping through the streets, making the most of every inch of asphalt as its driver looks to escape. We’re not told if the individual was ever apprehended or not.

« Dude Steals Car, Gets Pulled Over, and Let Go, All in the Span of a Couple of Minutes