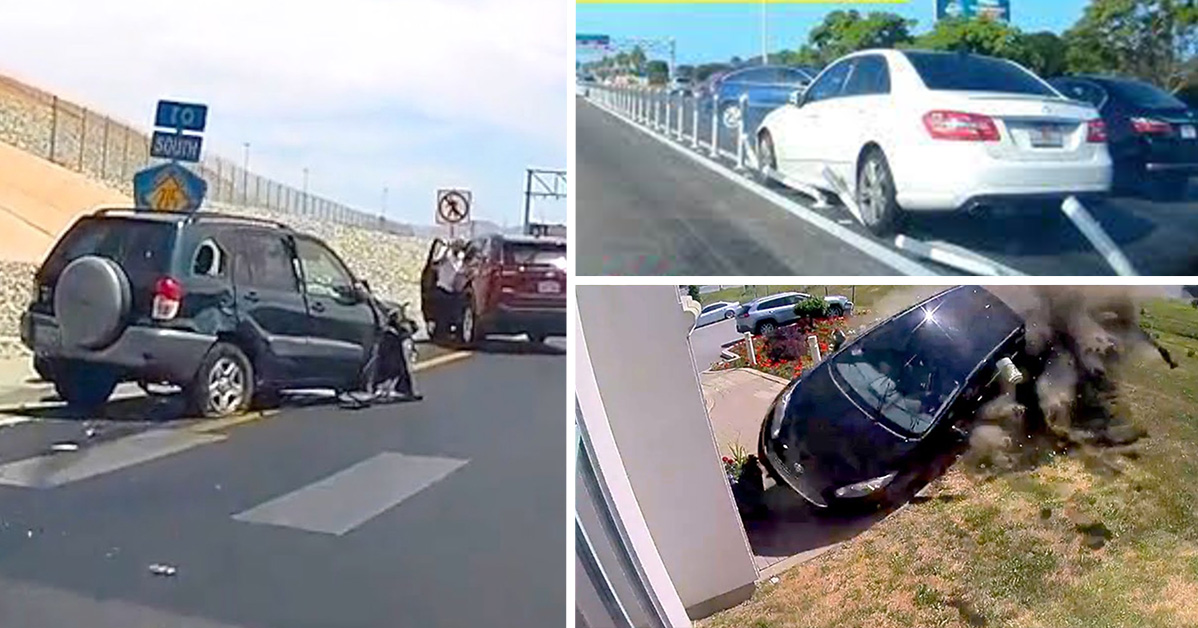 When we’re out and about on the roadways, one can never truly know what is to come.

Sure, most of the time, things are likely going to go smoothly. However, every once in a while, something might go awry. Perhaps, this is due to somebody not paying attention. Other times, maybe the incident occurs as a part of a freak accident. In any case, though, it’s always good to be ready and expect the unexpected. After all, those reflexes of yours might end up being all that stands between yourself and having a disastrous day.

This time, we tune in with a variety of dashcam footage that catches some pretty insane situations happening out on the roadways. Luckily, these cameras are getting so accessible that they can be mounted in pretty much anyone’s car, many even coming in at a low cost. We would say that these things are quite worth the investment!

Not only does the footage that comes from these cameras help out in a court of law sometimes, acting as a valuable insurance policy. Other times, they can help to show off some pretty crazy videos on YouTube. In some of the situations, the footage captured is so wild that nobody would’ve believed it unless there was a camera rolling with footage to back it all up.

Down in the video below, we check in with a variety of fails from all around North America. Some of these drivers look like they were just downright distracted but others could’ve never prevented what was coming next. After all, having a wheel fly off of your car, as we see in one example here, it’s definitely not something that a driver can’t do much about it except hold on and hope for the best!