Deadly Pileup Involving as Many as 100 Cars Unfolds in Fort Worth, TX 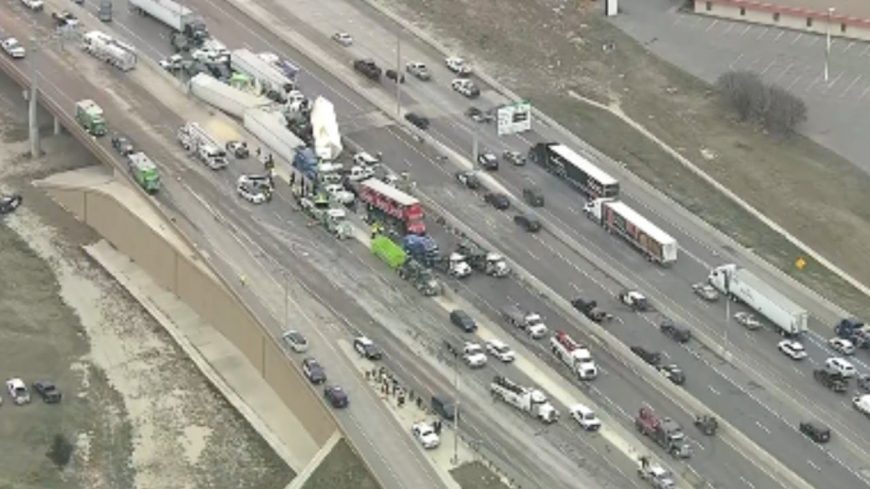 A developing story is coming out of Fort Worth, Texas, as a deadly accident has unfolded on the I-35.

The crash happened in the early hours of Thursday morning is said to have involved somewhere between 75 and 100 vehicles traveling along the interstate. Some of these vehicles include 18 wheelers as we can see from live footage as local news has been covering the events.

The crash began around 6 o’clock this morning, local time, as drivers faced some inclement weather during the morning rush hour. Some of this weather was freezing rain which apparently made it difficult for vehicles to stop.

This is a situation much like we have seen before as a parade of cars combined with slick roads can continue to add to what is already an incredibly dangerous situation.

Mayor Betsy Price and Fort Worth Fire Chief, Jim Davis, should be giving an update to the situation around 4:30 today. Up to this point in time, though, it appears as if at least five people have been confirmed dead while some remained trapped as rescue crews have been doing their best to remedy the situation. There have been no reports just yet on how many have been injured as a result of the incident.

There has been no official report as to the cause of the crash. Officials will be conducting an investigation, though. Generally, with substantially sized incidents like this, it’s due to slick road conditions. In a location like this, drivers would normally be able to stop after seeing the incident over the horizon. However, should the road be iced over, cars can take quite some time to be able to stop from highway speeds. When combined with a road blockage, things can get out of hand as drivers not only need to worry about the initial collision but also more oncoming traffic.

WFMY News 2 reported that someone on the scene said it was “treacherous” even walking due to icy conditions. We will keep you posted as updates become available later in the day.