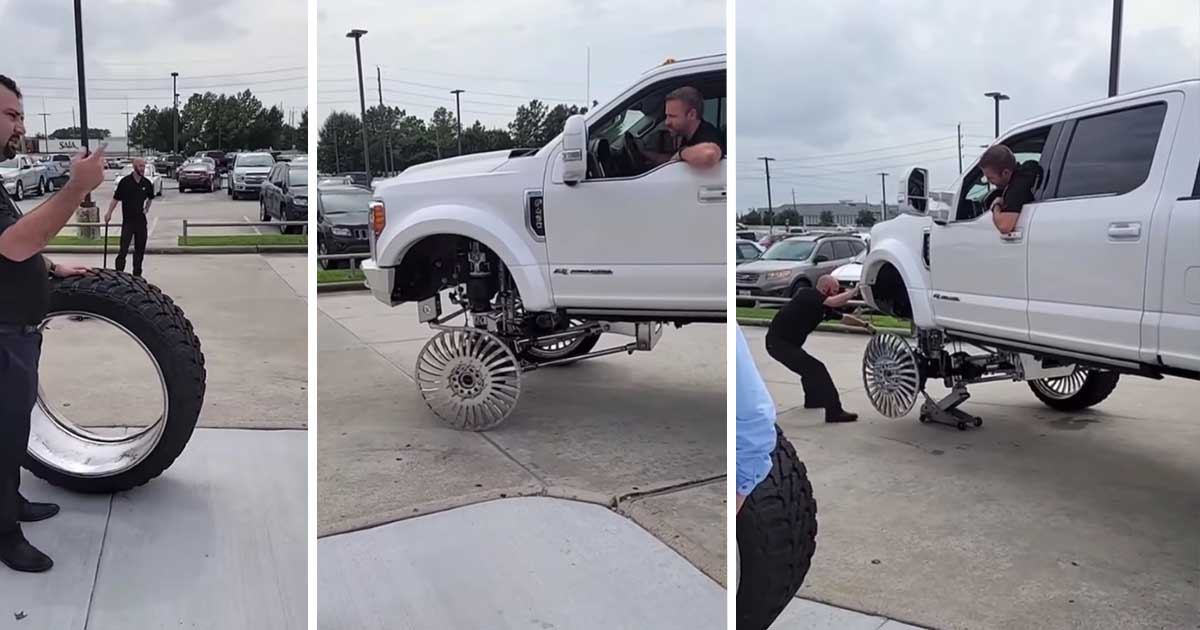 Sometimes, we can’t help but look at a certain situation and cringe a little bit inside while simultaneously feeling really bad for the people involved. That was certainly the case we stumbled upon a video of a Ford F-450 Limited that was really put in a situation where some pretty big damage was done.

Let’s just say that this wasn’t any old Ford, either. Instead, the pickup truck had been clad with all sorts of expensive modifications from a high dollar suspension to 30 inch forged wheels which we’re sure to cost a pretty penny as well. However, where we catch up with the vehicle is after one of the front wheels had the barrel entirely broken off and the truck is left to skate along on nothing more than the wheel face.

We attempted to find out just how much these wheels cost but the company that looks to have built them seems to have gone out of business in late 2019. We do know that specialty wheels like this can cost a pretty penny, though

The Drive originally caught the story and said they reached out to Paul Ellenberger, the poster of the video above. Ellenberger relayed that the Houston-area dealer bought the truck from a local truck enthusiast, Bobby Perez. Don’t get us wrong, it always sucks to see a modified vehicle in this sort of predicament. It does make us feel a little bit better that this isn’t a customer truck going through this sort of hardship, though.

After the wheel separates and the truck is left sitting on the ground, the crew at the dealership is put in a place to make a couple of decisions. Apparently, they thought it would be a good idea to use a hydraulic jack to try and lift the front end of the truck up and drive it into the shop. However, as the machine comes crashing back down to earth, that idea quickly gets pitched in the garbage can.

« When Back-in Parking is Illegal, You Make a Car With Two Fronts