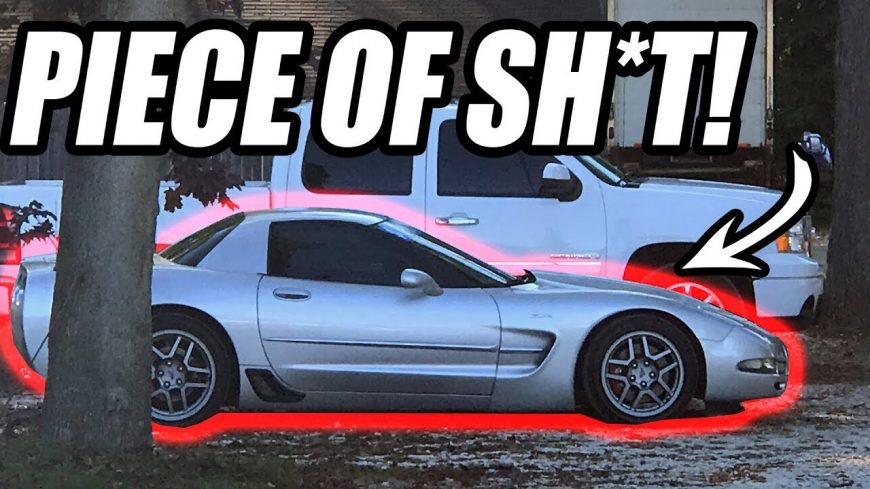 Most of us have had some interactions with less-than-upstanding car dealerships, especially those that deal in used automobiles. While there are a few used car dealers out there who are on the up and up, it does seem like most of them have earned the reputation they carry thanks to situations like the one below, brought to us by the YouTube channel known as Jimbo’s Channel.

This young man, who we are assuming is Jimbo, flew to Michigan to pick up a C5 Corvette that he’d already purchased, only to find the car was hardly what it was promised to be. He arrived to a car that had several major issues, from tears and holes in the interior – including a center console that was all but falling apart – to body panels that didn’t line up correctly. When he took the car out for a test drive, there were some obvious issues with the tune as well, which could be minor, or could be huge and no real way to know until things go awry.

The dealership also had no info about the engine itself, which is a 383 CID stroked LS powerplant. Not knowing the components in the build itself is a big red flag, even though the dealership likely just brought the car in as-is without doing much research, leaving the next owner in the dark as to how well the engine is built. All of these add up to big red flags that will make it pretty hard to sell this car to an experienced buyer who knows what to look for in and around the car.

Thanks to Jimbo’s Channel for doing such a great job of documenting the whole situation and sharing it for all of us to learn what to look for and what to do and, more importantly, what not to do. There may be a couple of situations where buying a car sight unseen is okay, but most of the time that is a terrible idea.