When most people think of an estate sale, they think of an entire house of contents being emptied out. Usually, buyers will find everything from jewelry to furniture and everything in between. However, in the world of Dennis Collins, an estate sale is something that might be a little bit different. Let’s just say that he isn’t out there shopping for old couches when he goes out to an auction.

Instead, as many of Collins’s fans could’ve guessed, when he heads to an estate auction, it’s for none other than an automobile. With lots of rare cars, we have absolutely no idea where they are going to pop up. Plenty of times, rare cars are discovered in the back corner of somebody’s garage and Collins gets a call. Other times, he finds himself going to junkyards around the country to pull out rusted remnants of machines to bring them back to life again.

This time, though, Collins takes on an estate auction to see exactly what he could come up with to purchase. In fact, it seems as if he has stumbled across a couple of vehicles that are incredibly clean and rare with low mileage. That’s a combination it could bring pretty good money but at an estate auction, there might be an opportunity to get a good deal.

Down in the video below, we’re taken along for the ride as Collins peruses an auction that’s filled with all sorts of interesting rides. A couple of that caught his eye were old school Jeeps that seem to be in pristine condition and a 3000 mile 1984 AMC Eagle Wagon Limited complete with four wheel drive. The machine is an oddball but we can’t take our eyes off of it as it’s just something different that we can’t help but enjoy.

Check in with the scene below to see if Collins ends up going home with any of these bad boys. 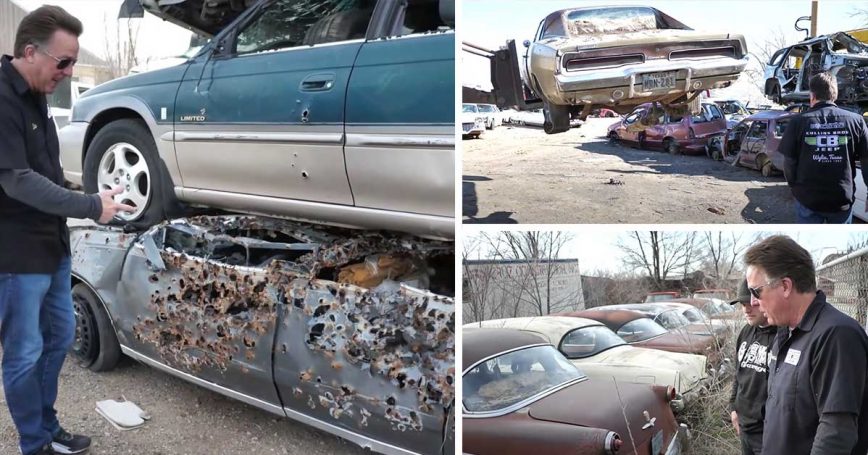